Home / Pasco/ N Tampa / It’s a New Year! Are you Planning to Continue to Ignore Your Voice Changes?

It’s a New Year! Are you Planning to Continue to Ignore Your Voice Changes?

Baby “Bloomers” & Personal Trainers: Are You a Perfect Pair? 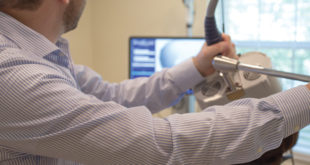 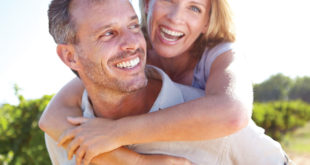 Make 2020 the Year You Finally Treat Your ED the Right Way, With a Restorative Alternative Therapy

Voice Changes Can Be a Sign of Health Risks

Changes in a Person’s Voice Shouldn’t be Ignored. Minor hoarseness from a cold or allergies is normal but if the voice changes

last for more than three weeks it’s time to make a doctor’s appointment. Being proactive about health conditions is always a good idea. The earlier a disorder is caught, the easier it is to treat and there’s less likelihood of sustained or advanced damage.

The following are voice symptoms to seek medical treatment for:
• Lingering voice changes or hoarseness
• Coughing up blood
• Difficulty swallowing
• Lumps or bumps in the neck
• Pain when swallowing
• Excessive phlegm
• Difficulty breathing
• Loss of voice

An otolaryngologist or ENT doctor (ears, nose, and throat) can view the throat, larynx, and vocal cords with an endoscope which is a camera within a flexible tube. The ENT specialist might also check for airflow and test for other vocal fold irregularities.

Laryngitis
Swelling of the vocal cords is called laryngitis and it is one of the most common causes of hoarseness. Laryngitis can be caused by straining the voice from overuse, by speaking, singing, or yelling too loudly or from colds or allergies. Usually resting the voice and staying hydrated helps to heal laryngitis.

GERD
Gastroesophageal reflux (GERD) is often referred to as heartburn or acid indigestion. It can cause swallowing difficulties due to irritated (burned) esophageal tissue from the acid that rises up from the stomach.

LPR
Laryngopharyngeal reflux (LPR). In some people the stomach acid rises all the way up to the throat and larynx and irritates the vocal folds. Some people will have no heartburn with LPR but they may feel as if they constantly have to cough to clear their throat, have a sense of tightness on swallowing and/or have hoarseness. GERD and LPR are treated with dietary modifications and medications that reduce stomach acid.

Vocal Nodules—Polyps—Cysts
Vocal nodules, polyps, and cysts are benign (noncancerous) growths within or along the vocal folds. Vocal nodules are sometimes called “singer’s nodes” because they are a frequent problem among professional singers. They form in pairs on opposite sides of the vocal folds as the result of too much pressure or friction. A vocal polyp typically occurs only on one side of the vocal fold but is sometimes on both sides. These are most often seen in smokers and people with acid reflux that reaches the larynx (LPR). A vocal cyst is a hard mass of tissue encased in a membrane sac inside the vocal fold. The most common treatments for nodules, polyps, and cysts are voice rest, voice therapy, and surgery to remove the tissue.

If you or someone you know has any voice changes or lingering hoarseness, ask your primary care physician to refer to you to an ENT specialist.

Dr. Branch was born in Jacksonville and raised in Gainesville, Fl. His first love was music, playing drums in various rock and roll bands in Gainesville in the 1960s–1970s. He enlisted in the USAF in 1973 and served active duty as an operating room technician for four years. He was commissioned in the USN in 1984 and, after completing residency in Otolaryngology in 1993, served three years active duty as an Otolaryngologist in the Naval Hospitals at Orlando and Pensacola. He has been in private practice since 1996. He is married with three adult children and three adult stepchildren. He has special interests in systematic and reformed theology. He enjoys playing, writing and recording music with his bandmates in Gainesville and loves fishing with his lovely wife, snorkeling and diving.

2020-01-01
admin
Share
Previous Are You Considering Senior Housing, But Are Unsure of Your Options Financially? Aston Garden Combines Luxury and Affordability
Next How Nancy Went from Excruciating Neck Pain All Day, Everyday…. to No Pain! 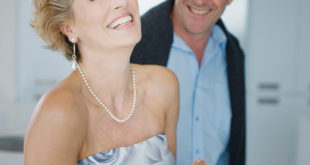 It’s 2020 and the New Year inevitably arouses resolutions of change. Most of our initiatives …