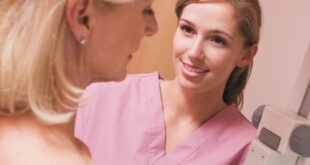 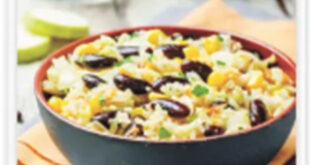 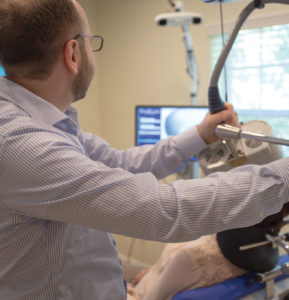 One of the most common ailments that doctors treat annually is depression. In fact, according to the World Health Organization, depression is the leading cause of disability worldwide. Nearly 15 million people in the United States are affected by depression. While most know of Major Depressive Disorder or MDD, many fail to recognize Treatment Resistant Depression or TRD. TRD is commonly defined as a failure of treatment to produce response or remission for patients after two or more treatment attempts of adequate dose and duration.
The typical treatment options for MDD are antidepressant medications and counseling therapy. Some of the most common drug classes prescribed are selective serotonin reuptake inhibitors (SSRIs), serotonin-norepinephrine reuptake inhibitors (SNRIs), tricyclic antidepressants (TCAs), and monoamine oxidase inhibitors (MAOIs). The widely known drugs, like Prozac, Zoloft, and Cymbalta play a role in how the neurotransmitters affect the mood by lessening anxiety levels and creating a more peaceful, calm demeanor.
While the treatment options mentioned above are helpful for some people, the problem lies in two distinct categories. Number one, depression is just a simple label that is placed over a very complicated, in-depth, disease with countless causes. And number two, a vast majority of patients do not respond well to the medications prescribed. The good news is that there is an alternative that has helped a myriad of patients, and even better, this alternative therapy is non-invasive with no systemic negative side effects.
What is TMS?
TMS (Transcranial Magnetic Stimulation) uses a highly targeted magnetic pulse to stimulate nerve cells in the area of the brain thought to control mood, the left prefrontal cortex. The magnetic pulses have shown to have a positive effect on the neurotransmitters of the brain, leading to reduced depression symptoms and long term remission, and the procedure is done right in the comfort of the office setting. This non-invasive therapy that helps to improve the symptoms of depression through magnetic stimulation in the brain. This procedure uses magnetic fields to stimulate nerve cells in the brain.
In patients with depression, the prefrontal cortex in the brain is often atypical, showing patterns of abnormality. The TMS device uses magnetic stimulation in the brain’s area that controls emotions.
This is achieved through a magnetic coil that adheres to the patient’s scalp. The magnetic therapy generates a micro-electrical current, which stimulates the brain. The patient is awake throughout the therapy session. No seizure or sedation required! Patient continue their normal daily activity once done.
How does TMS help patients with depression and anxiety?
Medications affect the entire brain and body, yet TMS distinctively treats the brain. The magnetic pulses stimulate certain areas of the brain that are out of sync. These areas are specifically targeted depending on the patient’s needs.
Years ago, people thought depression was a chemical imbalance. We now know that depression and anxiety are not completely explained by chemical imbalances. MRI imaging shows clear areas that are actively off in the brain of depressed or anxious patients. These specific areas are then stimulated with TMS therapy. Many people are unaware that if depression is not treated, MRI imaging will show degeneration in the brain.
TMS Treatment is Gentle and Safe
Despite, what Hollywood has portrayed in movies, TMS is NOT electrical shocks. TMS is a safe, magnetic field that causes the brain to reset itself and recircuit areas that are damaged or dormant via gentle stimulation. TMS therapy does not require anesthesia, and during the treatment, patients are awake, as TMS therapy requires no anesthesia or sedation, and it is completely non-invasive. TMS stimulates the brain and generates a state of non-depression. Many patients report a feeling of improvement after just a few treatments.
The typical initial treatment course consists of 5 treatments per week over a 4-6 week period, for an average of 20-30 total treatments. Other providers offer long, drawn out treatment sessions that lasts approximately 20-40 minutes for each session. Newer advanced technology using Theta Burst Stimulation allowed for a significantly shorter duration per session. To the exact, each session will take only 3 minutes and 9 seconds of your precious time! Even more advancement in medical technology allowed for the use of 3D navigation system to position the magnetic coil on the targeted area with optimal precision. Think of the infrared 3D camera system that enables face unlock feature on your latest iPhone. Navigated TMS uses similar concept but much more sophisticated to determine the positioning of the magnetic coil. In a matter of fact, this technology is the latest in the field of TMS. Stim-Guide Navigation TMS system was just cleared by the FDA a few months back. Florida TMS Clinic was the pioneer to bring such advanced technology to our area. Florida TMS Clinic is the ONLY provider of navigated 3-minute TMS in Tampa Bay Area.
Khaled Bowarshi, M.D.
Double Board Certified in Medicine & Psychiatry
Dr. Khaled Bowarshi, a double board certified psychiatrist, is dedicated to transforming mental health. His passion lies in giving life back to those suffering from life-robbing mood disorders, such as depression and anxiety. At Florida TMS Clinic we seek to give life back to those living with a mood disorder using the most advanced treatment modalities, such as transcranial magnetic stimulation (TMS therapy).
TMS offers hope for long-term relief of undesired symptoms and a better quality of life.
TMS should be an attainable option for everyone battling depression. Florida TMS Clinic charges the cost of TMS as determined by researcher in the field examining the cost per remission.
This translates to the most affordable TMS treatment course in the nation. Don’t wait, get your depression under control without drugs, side effects and the concerns of addiction.
(offer expires 12/31/2019).
Florida TMS Clinic
26843 Tanic Dr STE 101
Wesley Chapel, FL 33544
Call today! 813-TMS-BEST
FloridaTMSClinic.com 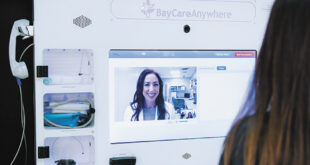