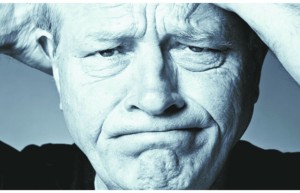 Recent studies have estimated Alzheimer’s disease to be the third leading cause of death among the elderly, just behind cancer and heart disease, affecting more than 5 million Americans today. Alzheimer’s disease is a progressive disorder of the brain that compromises memory and cognitive functioning. Degenerative changes occur in the brain, making every day activities more and more challenging until the person becomes unable to care for themself. Additionally, Alzheimer’s is the leading cause of dementia in the elderly population, accounting for 60%-70% of dementia cases, which results in further loss of cognitive functioning. Even the easiest, most commonly performed tasks in a person’s life become impossible.
Studies have shown Alzheimer’s begins to affect the brain about a decade or more before the cognitive decline begins. In fact, no symptoms are often observed until much damage has already been done. Most of the time, symptoms first appear in a person’s mid-60s. The hippocampus, the part of the brain responsible for memory formation, is affected first. Early signs of Alzheimer’s differ from case to case, however early symptoms include:
– Memory loss
– Confusion about where the person is
– Wandering or getting lost
– Loss of ability to problem solve
– Loss of ability to plan
– Changes in mood
– Easily made confused, upset, or suspicious
– Anxiety
– Depression
– Easily made upset outside of comfort zone
– Difficulty with regular everyday tasks
– Confusion with depth perception and other spatial
relationships
– Language issues
– Writing issues
– Losing items
– Inability to retrace steps
– Poor judgment
– Withdrawal from social activities
Over time, Alzheimer’s disease progresses from these early symptoms and worsen to the point where a person stops recognizing familiar people in their lives including family and friends. The ability to make new memories and carry out simple tasks, such as getting dressed, becomes impossible without assistance. Impulsive behavior and delusions may begin as well. After a while, the person can no longer communicate and cannot function at all without the assistance of someone else. As the illness progresses, the body slowly begins to shut down, leaving the person in bed for the majority of their time until their body can no longer function.
Although scientists do not fully understand what causes Alzheimer’s disease, genetics are suspected to play a large role, as early onset Alzheimer’s has already been associated with genetics. However, scientists are not ruling out environmental factors as well. Alzheimer’s disease is irreversible, as the damage spreads throughout the brain and the brain tissue shrinks substantially.
Neurofeedback and Alzheimer’s
If early symptoms are recognized and Alzheimer’s is diagnosed within the mild stage of the illness, neurofeedback can be utilized to maintain cognitive ability, including the preservation of memory and reasoning. Although it cannot reverse structural damage in the brain that has already occurred due to the illness, neurofeedback focuses on training parts of the brain that are still healthy and functioning to prevent further degradation and maximize their function. Studies have shown that patients not participating in neurofeedback sessions show further declination of brain function. However, patients who are participating show improvement in memory, reasoning, incontinence, and language, all while experiencing less confusion overall. Neurofeedback participants are able to stabilize their cognitive function, leading to this increased ability of recognition and remembering information.
Neurofeedback isn’t a cure and, as stated, it cannot reverse structural damage or deterioration in the brain, such as that occurring with Alzheimer’s disease, where brain cells are lost. However, with Neurofeedback training the function of the healthy parts of the brain can be maximized, physiological self-regulation can be maintained and the onset of some symptoms can be delayed. It should be noted though, that with dementia, Neurofeedback has to be applied frequently and maybe even indefinitely to sustain improvement and prevent relapse. It is very likely that Neurofeedback will become a regular part of elderly care in the future, to fight against the decline of mental faculties and prolonging healthy brains in humans.
If you would like to discuss how Neurofeedback could help you or your loved one’s dementia symptoms, call 352-633-1049 today.
Wellness 360
1000 Main Street, Suite 237
The Villages, FL 32159
(Second floor of MVP Spanish Springs)
(352) 633-1049
info@wellness360.club
We are on Facebook!
https://www.facebook.com/wellness360club