Epilepsy and Seizures in Older Adults

Did you know that seizures are more likely to develop in older adults?
Learn to recognize the signs of seizures and how you can help.
Source: CDC 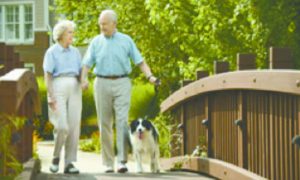 Epilepsy is a broad term used for a brain disorder that causes seizures. In the United States, 2.4 million adults aged 18 years or older have active epilepsy.1,2 About 1% of adults 65 years of age and older have active epilepsy, which is about 447,000 people.1,2 That’s about the size of Corpus Christi, TX. With the aging of the population, we can expect to see greater numbers of people with epilepsy.
Epilepsy is more likely to develop in older adults rather than younger adults because as people age, the risk of seizures and epilepsy rises.3,4 Some older adults may have lived with epilepsy throughout their lives, but others might develop epilepsy later in life. It isn’t always easy to tell when you, a friend or family member, or someone you care for develops epilepsy later in life.
That’s because seizures are harder to recognize in older adults, and many go unnoticed. For example, memory problems, confusion, falls, dizziness, or sensory changes like numbness are often blamed on “getting older.”3,4 However, these can actually be signs of seizures.3,4
There are many different signs of seizures because there are many types of seizures. When most people think of a seizure, they think of a generalized seizure. In this type of seizure, the person may cry out, fall, shake or jerk, and become unaware of what’s going on around them. However, complex partial seizures are the most common type of seizure, including in older adults.3 This type of seizure can make a person appear confused or dazed.
It is important to recognize and report these signs and symptoms to a health care provider so they can determine the cause and recommend the right treatment.
Epilepsy Challenges in Older Adults
Older adults with epilepsy may face greater challenges than other age groups. Balancing epilepsy treatment when taking medicines for other health problems can be difficult. Older adults also have a high risk of falls, which can lead to serious injury. Additionally, some epilepsy medicines can cause bone loss which can increase risk of falls and injury.3
Epilepsy can limit daily activities such as driving a car. People who do not have control of their seizures are restricted from driving for different time periods, determined by the state you live in. After a lifetime of independence, losing the ability to drive can be especially difficult for older adults. Read more about this in an Epilepsy Foundation article about Living Independently.
Most adults with epilepsy have good seizure control with medicines.3 Like other age groups, older adults with epilepsy can live a healthy, independent, and active lifestyle. Epilepsy specialists can help older adults to find the right treatment. Learn how to find an epilepsy specialist at the Epilepsy Foundation website.
New Epilepsy and Seizures in Older Adults
About half of older adults who are told they have epilepsy do not know the cause of their condition.3
Known causes3,4 include:
• Stroke.
• Head injury.
• Neurodegenerative disorders (such as Alzheimer’s Disease).
• Alcoholism and other substance abuse.
• Brain tumor.
Prevent Stroke
Stroke is a common cause of new epilepsy in older adults.3,4 A stroke, sometimes called a brain attack, occurs when the blood supply to part of the brain is blocked or when a blood vessel in the brain bursts. In either case, parts of the brain become damaged or die.
You may lower your chances of stroke by making healthy lifestyle choices such as:
• Eating a healthy diet.
• Maintaining a healthy weight.
• Getting enough exercise.
• Not smoking.
• Limiting alcohol use.
And controlling medical conditions such as:
• High blood pressure.
• High cholesterol.
• Diabetes.
Learn more about how these actions help to prevent stroke, and find resources to help you achieve a healthy lifestyle.
For Caregivers: Seniors and Seizures Training
With CDC funding, the Epilepsy Foundation developed Seniors & Seizures training. This training provides caregivers and staff of adult day care centers, senior centers, long-term care facilities, nursing homes, and other senior-serving organizations with strategies to better recognize and respond to seizures in older adults.
Learn about the Seniors and Seizures Training and how to participate. Free continuing education credits are available.
Do you know what to do if you see a seizure? Learn seizure first aid.
References
1. Kobau R, Luo YH, PhD, Zack MM, Helmers S, Thurman DJ. Epilepsy in adults and access to care – United States, 2012 . MMWR. 2012;61(45);909-913. Accessed March 6, 2017.
2. US Census Bureau. Population Estimates Database. Annual Estimates of the Resident Population by Sex, Age, Race, and Hispanic Origin for the United States, States, and Counties: April 1, 2010, to July 1, 2013. Washington, DC: US Census Bureau; 2014. https://factfinder.census.gov/faces/nav/jsf/pages/community_facts.xhtml . Accessed March 6, 2017.
3. Waterhouse E, Towne A. Seizures in the elderly: Nuances in presentation and treatment. Cleve Clin J Med. 2005:72(3):S26-S37. Accessed February 10, 2016.
4. Pugh MJ, Knoefel JE, Mortensen EM, Amuan ME, Berlowitz DR, Van Cott AC. New-onset epilepsy risk factors in older veterans. J Am Geriat Soc. 2009:57(2):237-42. DOI:10.1111/j.1532-5415.2008.02124.x.

Share
Previous Sexual Violence Prevent sexual assault before it starts.
Next How to Save Time and Money by Knowing Where to Go for Medical Care