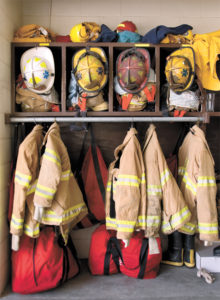 One of the first product liability cases John Piccin handled in Ocala stemmed from a horror story that happened on Bicentennial Weekend in July, 1976. The fireman and his wife and two small children were at home, getting ready to go to a Bicentennial picnic. Their six year old daughter, Melanie, wanted to get in the family station wagon with her blanket and pillow. She asked her Mom for the keys to the family station wagon so she could settle in the back of the station wagon and wait for the others to join her. Melanie’s Mom gave her the keys and Melanie went outside with her blanket and pillow.
After a short while, the father asked Mom where Melanie was and upon checking outside, they were heart-struck to see that Melanie had been strangled to death by the station wagon’s rear door (tailgate) electric window.
Melanie had put the key in the spring loaded key-lock cylinder in the rear-door and turned the key to lower the rear-door electric window. Melanie then climbed into the rear-door window opening and placed her blanket and pillow inside. Since it had just started to rain, Melanie reached over the bottom of the window opening and turned the key, which was still in the key-lock cylinder, the opposite way in order to raise the rear-door window. With the key turned to raise the window, the key-lock cylinder stuck, and the window continued on its upward path, strangling Melanie.
After a period of mourning, the parents consulted John who was then an insurance defense lawyer with an Ocala law firm. John had spent five years of his earlier practice as a member of the General Motors Corporation Legal Staff in Detroit, defending product liability cases throughout the U.S. He saw that this kind of tragedy does not happen without a product defect of some sort. John took on the case and sued the manufacturer of the station wagon which was another major Detroit auto manufacturer. Under Florida product liability law, a retailer is also liable for injuries caused by a defective product because the retailer put the defective product in circulation. This law is favorable to consumers, especially when a foreign manufacturer cannot be identified or has gone out of business.
The auto manufacturer denied liability. John pursued the manufacturer with a barrage of very detailed “discovery”_interrogatories, which are written questions the defendant has to answer under oath, and depositions, which are face-to-face interrogations under oath.
After objecting to interrogatories and questions during depositions, and being ordered to answer by the Judge in charge of the case, the auto manufacturer disclosed that it had been sued five years earlier for the death of another little girl, in very similar circumstances, in the State of Washington. The manufacturer had settled that case, and then sued the key-lock cylinder manufacturer in an attempt to get its money back, claiming, correctly, that the key-lock cylinder had stuck because it was manufactured out of specifications.
The station wagon manufacturer also did something very stupid! It used the same in-house engineer expert witness in our Ocala case as it had used in the earlier case against the key- lock cylinder manufacturer in which it had claimed that the key-lock cylinder was defective. In other words, the same in-house auto company engineer who had claimed that the key-lock cylinder was defective in the auto company’s case against the key-lock manufacturer, claimed that the same key-lock cylinder model was just fine in the later Ocala case. Once John got his hands on that engineer’s deposition from the earlier case, it was all downhill for the station wagon manufacturer.
The last remaining problem was that the station wagon manufacturer was in bad financial shape and was threatening to file for Bankruptcy Court protection. At the same time it was struggling to secure financing in order to carry on.
The case was finally settled shortly before trial for a confidential sum.
The deposition of Melanie’s father was the saddest deposition John has ever experienced! On a brighter note, John was pleased with the fact that at the end of the case, when the Ocala Judge was approving the settlement, the Judge told those in attendance that John had done an outstanding job of pursuing the damning history behind the defective key-lock cylinder and its being sold to the public by the auto manufacturer. John was mainly gratified by being able to exact at least monetary compensation for the survivors of this unspeakable loss.
Legal experience and dogged persistence are usually the key to obtaining a good result in a case against the manufacturer of a defective product.
If you or a loved one, or a friend, has been injured by a defective product, call John or his daughter and law partner, Katie Glynn, for a free consultation. (352) 351-5446, at 320 NW Third Avenue, Ocala, FL 34475 since 1981.
ocalapersonalInjury.law
320 NW 3rd Ave
Ocala, Florida 34475