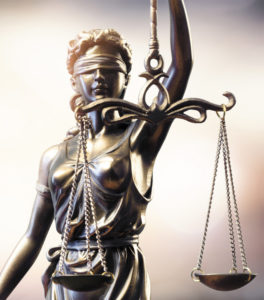 I was born in Willimantic, Connecticut, a typical product of New England. My mother was French Canadian, born on a wheat farm in Saskatchewan, Canada. My father was from Vittorio Venito, Italy, north of Venice. Times were tough on the wheat farm and in northern Italy, so both families immigrated to small towns in Connecticut in the early 1900’s.
I came along in 1940, and without a bit of studying, graduated from high school. My parents and I decided that I needed a year of “post-graduate studies”, so I attended Marianapolis Preparatory School, in Thompson, Connecticut. Marianapolis was like a prison, but it forced me to become a student.
I then went to Villanova University outside of Philadelphia. I liked Villanova the first year, thought the student body was too homogeneous the second year- mostly male, catholic and middle class -and I had a fabulous junior year at the University of Vienna in Austria! In addition to studying German, art history and other liberal arts subjects, I traveled all over Europe, from Scotland to Finland, and from Spain to Italy.
Between semesters, three classmates and I traveled to Istanbul, and throughout Greece and Egypt. That trip directly inspired one classmate to go on to medical school and specialize in tropical diseases and another classmate to earn a PhD in quantitative molecular biology. I will be seeing both of these friends this month in Ocala for the first time in 57 years.
Another highlight of my junior year was taking one Ruby Reed of Beaumont, Texas, to a minor Viennese Ball in her gown on the back of a borrowed Vespa motor scooter. One of the dumbest things I have ever done was drive and ride, with a frenetic friend, on a 1950 Puch motorcycle to Berlin and back at Thanksgiving, with no proper equipment and with neither of us ever having been on a motorcycle before. After almost hitting a deer in the Alps, my friend running over his foot, and our being detained by the East German Polizei upon leaving Berlin, we somehow made it back to Vienna, each in one, near-frozen piece.
The following summer, I hitch-hiked through northern Europe, spending about a dollar day on lodging. One night was totally free- in a Copenhagen jail for sleeping on a couch in a student building which was supposed to be closed, but had its front door ajar (and I needed to sleep somewhere).
I decided that English literature would be the best way to cram a major into my senior year at Villanova. My English professor had me interview for a Rhodes Scholarship at Yale University with poet, novelist and literary critic Robert Penn Warren. I still cannot understand why Mr. Warren was not sufficiently impressed! I then decided to go to law school.
I was accepted at Georgetown Law School in Washington, DC and took a job for room and board at the maximum-security D.C. Jail. After living in the jail for a month before school started, I decided I could not do that for three years, so I headed out for Ann Arbor, Michigan and The University of Michigan Law School. My two summers between law school years were spent leading tours around the East and West Coasts, and Canada.
I graduated in 1965 and joined a general practice law firm in Detroit, as I had met a beautiful undergraduate, Mary Ann Burke, from suburban Grosse Pointe, and decided to make Michigan home. Mary and I were married in the summer of 1966, then had Katie, my law partner, in 1969, and retired F16 fighter and now 757 & 767 American Airlines pilot, Timothy, in 1973. From 1969 to 1974 I was a member of the Legal Staff at General Motors Corporation, defending product liability cases, near and far.
We lived through the Detroit race riot in 1967 and the gas crisis in 1973, and could see the “hand-
writing on the wall” that the American auto industry was wavering. That is when we chose Ocala and the private practice of personal injury litigation. After starting with a large insurance defense firm, I became a plaintiffs’ lawyer in 1981 and thereafter have represented injured “Davids” against insurance and corporate “Goliaths”-work which I dearly love, especially now that I am practicing with my daughter Katie Glynn. Mary tends to the few horses we own and helps Katie with her 11 year-old son, Rory, several days a week.
Aside from working – which I do a lot – I go to the gym, do yoga, play tennis, and occasionally drive at Sebring, Daytona and other tracks in Porsche Club of America driving events. Two “once-in-a-lifetime” experiences have been driving in classic car Italian road rallies with my son and co-pilot Tim, in a rented red 1952 Ermini race car.
The purpose of this advertisement is to let you know a little about this local lawyer who is dedicated to helping injured victims of negligence. Some advertising is necessary to prevent being swallowed up by the mass advertisers who have moved into Marion County from the “big cities”. Please call me or Katie for a free consultation if you think we may be able to help you, (352) 351-5446.
In the next issue, I’ll concentrate on outstanding cases we have handled and on our current practice.
Piccin & Glynn Attornies at Law
ocalapersonalInjury.law
320 NW 3rd Ave
Ocala, Florida 34475
(352) 351-5446

Share
Previous If You Plan to Get IV Wellness Infusions, You Need to Ask Questions for Your SAFETY
Next SPRING Into New Skin