Do You Have Frequent Heartburn? 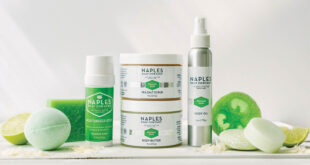 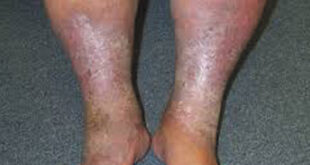 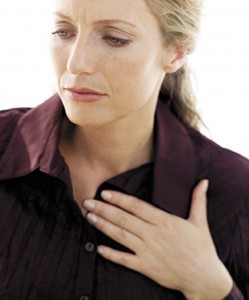 Recent studies report that the number of people who frequently experience symptoms of heartburn, also called acid reflux, has almost doubled in the past decade. Acid reflux can mean more than just discomfort – it can cause GERD.
GERD, gastroesophageal reflux disease, is caused by frequent acid reflux, the backup of stomach acid or bile into the esophagus. When you swallow the lower esophageal sphincter, a circular band of muscle around the bottom part of your esophagus, relaxes to allow food and liquid to flow down into your stomach. Then it closes again. However, if this valve relaxes abnormally or weakens, stomach acid can flow back up into your esophagus, causing frequent heartburn and disrupting your daily life. This constant backwash of acid can irritate the lining of your esophagus, causing it to become inflamed (esophagitis). Over time, the inflammation can erode the esophagus, causing complications such as bleeding or breathing problems.
A person with GERD might experience the
following symptoms:
▪ A burning sensation in your chest (heartburn), sometimes spreading to the throat, along with a sour taste in your mouth
▪ Chest pain
▪ Difficulty swallowing (dysphagia)
▪ Dry cough
▪ Hoarseness or sore throat
▪ Regurgitation of food or sour liquid (acid reflux)
▪ Sensation of a lump in the throat
Seek immediate medical attention if you experience chest pain, especially when accompanied by other signs and symptoms such as shortness of breath or jaw or arm pain. These may be signs and symptoms of a heart attack.
Make an appointment with your doctor if you experience severe or frequent GERD symptoms. If you turn to over-the-counter medications for heartburn more than twice per week, see your doctor.
If you are overweight, pregnant or have diabetes you may be at an increased risk of developing GERD. Smoking, asthmas and frequent dry mouth also increases that chance that you will develop GERD.
Treatment for heartburn and other signs and symptoms of GERD usually begins with over-the-counter medications that control acid. If you don’t find relief within a few weeks, your doctor may recommend other treatments, including medications and surgery.
When left untreated, chronic inflammation in your esophagus can lead to more severe complications, including:
▪ Narrowing of the esophagus (esophageal stricture). Damage to cells in the lower esophagus from acid exposure leads to formation of scar tissue. The scar tissue narrows the food pathway, causing difficulty swallowing.
▪ An open sore in the esophagus (esophageal ulcer). Stomach acid can severely erode tissues in the esophagus, causing an open sore to form. The esophageal ulcer may bleed, cause pain and make swallowing difficult.
▪ Precancerous changes to the esophagus (Barrett’s esophagus). In Barrett’s esophagus, the color and composition of the tissue lining the lower esophagus change.
These changes are associated with an increased risk of esophageal cancer. The risk of cancer is low, but your doctor will recommend regular endoscopy exams to look for early warning signs of esophageal cancer.
Helicobacter pylori Infection and GERD
Helicobacter pylori is a bacteria found in the lining of the stomach wall. It is a fairly common bacteria, present in about 30% of the United States population, and about 66% of the population worldwide. Most patients, probably about 70%, don’t have any symptoms. In others, the bacterium can cause gastritis and peptic ulcers and sometimes can cause stomach cancer later in life.
For patients suffering from both H. pylori and GERD, treatment of H. pylori alone doesn’t always relieve the pain. H. pylori has been linked to a wide variety of gastric illnesses, including gastritis, ulcers, and even stomach cancer. For people complaining of stomach pain, it’s important to seek medical care to accurately diagnose and treat the conditions. Occasionally, treating for and eradicating only the H. pylori infection causes GERD symptoms to increase.
In some cases, the presence of H. pylori bacteria inhibits the stomach’s natural ability to make acid. Once tests have detected H. pylori and successful treatment of the infection effectively eliminates the bacteria, the stomach is able to produce acid at higher levels. Since GERD is a disease in which stomach acid irritates the esophagus, it is not surprising that these patients experience a worsening of their GERD symptoms after the H. pylori bacteria is eradicated. Once the bacteria is no longer present in the stomach and acid production returns to normal, patients with GERD often need to increase their GERD medication to compensate for the increased acid production.
If you believe you may have GERD or Helicobacter pylori infection, be sure to discuss your symptoms with your doctor. Only after a positive diagnosis and successful treatment of all conditions will all of your symptoms be relieved.
South Lake Gastroenterology
352-242-1665
South Lake Gastroenterology
2040 Oakley Seaver Drive, Clermont, FL 34711