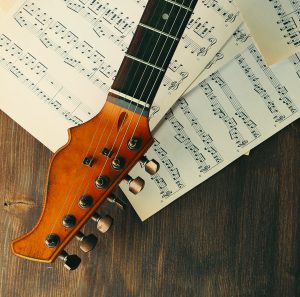 In the early 60s, America was given its first taste of the British Invasion. It was February 9th and a young British rock band named The Beatles had just finished a performance on the Ed Sullivan show to a crowd of screaming fans. The young men were a spectacle to see. Dressed to the nines in tailored suits, pristine haircuts and performing their dance moves with a boyish pep, The Beatles represented the essence of true gentlemen.
While women in the audience fainted, and girls at home swooned, a storm was brewing back home in England. This storm was a band that would be considered the true “bad boys” of Rock & Roll as well as the “World’s Greatest Rock & Roll Band.” Its name was The Rolling Stones.
In an entrance that rivals even The Rolling Stones, the advancement of stem cell therapy—
particularly by clinics such as The Lung Institute (lunginstitute.com)—and its use in the treatment of chronic lung diseases such as chronic obstructive pulmonary disease (COPD), interstitial lung disease (ILD) and pulmonary fibrosis, has upset the previous norm of traditional treatment options and the field of medicine at large.
Working to address disease progression directly, stem cell therapy removes the naturally occurring stem cells from the body’s blood or bone marrow and reintroduces them into the lungs, where they come to rest, potentially promoting healing and reducing inflammation from within, with the ultimate goal of easing breathing and improving quality of life. This is revolutionary for those who once felt they were out of options.
In operation for over three years, the Lung Institute currently specializes in this form of treatment and has effectively increased the quality of life of over 3000 patients and is proud to exhibit a success rate of 83%. Believing in the tenet of “pushing the status quo” clinics like the Lung Institute work to provide hope to a group that may have otherwise given up.
Lung disease can be a difficult disease to live with, challenging the very idea of regaining one’s previous quality of life. Whether developed through smoking, hazardous air quality or genetics, a diagnosis of lung disease can seem nothing short of unfair. However, in the words of the immortal Mick Jagger, “You can’t always get what you want. But if you try sometimes, you just might find, you get what you need.”
Hope has arrived.
If you or a loved one suffer from a chronic lung disease, the specialists at the Lung Institute may be able to help. You can contact the Lung Institute at 800-921-4631 or visit lunginstitute.com/health to find out if you qualify for these new treatments.
Share
Previous InterCommunity Cancer Center Promotes Prevention and Screening During Cervical Health Awareness Month
Next Sacral Neuromodulation for Urinary and Fecal Incontinence