Have you been prescribed a statin?

Learn what the FDA has to say about these medications. 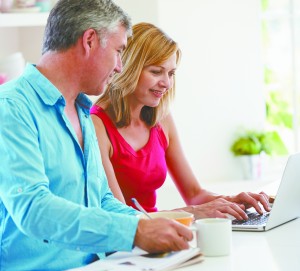 If you’re one of the millions of Americans who take statins to prevent heart disease, the Food and Drug Administration (FDA) released important new safety information earlier this summer on these cholesterol-lowering medications.
The FDA has advised consumers and health care professionals that:
• Routine monitoring of liver enzymes in the blood, once considered standard procedure for statin users, is no longer needed. Such monitoring has not been found to be effective in predicting or preventing the rare occurrences of serious liver injury associated with statin use.
• Cognitive (brain-related) impairment, such as memory loss, forgetfulness and confusion, has been reported by some statin users.
• People being treated with statins may have an increased risk of raised blood sugar levels and the development of Type 2 diabetes.
• Some medications interact with lovastatin (brand names include Mevacor) and can increase the risk of muscle damage.
This information should not scare people off statins, says Amy G. Egan, M.D., M.P.H., deputy director for safety in FDA’s Division of Metabolism and Endocrinology Products (DMEP). “The value of statins in preventing heart disease has been clearly established,” she says. “Their benefit is indisputable, but they need to be taken with care and knowledge of their side effects.”
FDA will be changing the drug labels of popular statin products to reflect these new concerns. These labels are not the sticker attached to a prescription drug bottle, but the package insert with details about a prescription medication, including side effects.
The statins affected include:
• Altoprev (lovastatin extended-release)
• Crestor (rosuvastatin)
• Lescol (fluvastatin)
• Lipitor (atorvastatin)
• Livalo (pitavastatin)
• Mevacor (lovastatin)
• Pravachol (pravastatin)
• Zocor (simvastatin).
Products containing statins in combination with other drugs include:
• Advicor (lovastatin/niacin extended-release)
• Simcor (simvastatin/niacin extended-release)
• Vytorin (simvastatin/ezetimibe).
Liver Injury Called Rare
FDA has found that liver injury associated with statin use is rare but can occur. Patients are advised to consult their health care professional if they have symptoms that include unusual fatigue, loss of appetite, right upper abdominal discomfort, dark urine or yellowing of the skin or whites of the eyes.
Statins work in the liver to reduce the production of cholesterol, a waxy substance that can form plaque on the walls of the arteries and keep the heart from getting the blood it needs.
Egan explains that there had been signals in early clinical trials of possible liver damage tied to statin use, so health care professionals were advised to regularly test their patients’ liver enzyme levels. However, she says, such damage is rare, and the tests are not effective at predicting or preventing who will develop this rare side effect.
So, the FDA is now recommending that liver enzyme tests be performed before statin treatment begins and then as needed if there are symptoms of liver damage.
Reports of Memory Loss
FDA has been investigating reports of cognitive impairment from statin use for several years. The agency has reviewed databases that record reports of bad reactions to drugs and statin clinical trials that included assessments of cognitive function.
The reports about memory loss, forgetfulness and confusion span all statin products and all age groups. Egan says these experiences are rare but that those affected often report feeling “fuzzy” or unfocused in their thinking.
In general, the symptoms were not serious and were reversible within a few weeks after the patient stopped using the statin. Some people affected in this way had been taking the medicine for a day; others had been taking it for years.
What should patients do if they fear that statin use could be clouding their thinking? “Talk to your health care professional,” Egan says. “Don’t stop taking the medication; the consequences to your heart could be far greater.”
The Risk of Diabetes
Diabetes occurs because of defects in the body’s ability to produce or use insulin—a hormone needed to convert food into energy. If the pancreas doesn’t make enough insulin or if cells do not respond appropriately to insulin, blood sugar levels in the blood get too high, which can lead to serious health problems.
A small increased risk of raised blood sugar levels and the development of Type 2 diabetes have been reported with the use of statins.
“Clearly we think that the heart benefit of statins outweighs this small increased risk,” says Egan. But what this means for patients taking statins and the health care professionals prescribing them is that blood-sugar levels may need to be assessed after instituting statin therapy,” she says.
The Potential for Muscle Damage
Some drugs interact with statins in a way that increases the risk of muscle injury called myopathy, characterized by unexplained muscle weakness or pain. Egan explains that some new drugs are broken down (metabolized) through the same pathways in the body that statins follow. This increases both the amount of statin in the blood and the risk of muscle injury.
If you or someone you love has been prescribed a statin and you would like to learn more about the benefits and side effects of these medications, please speak with your physician or call 352-671-3100. We are happy to answer your questions and address any of your concerns.
References:
Mishr, Xu, Agarwal, et al. A multicenter randomized controlled trial of a plant-based nutrition program to reduce body weight and cardiovascular risk in the corporate setting: the GEICO study. European Journal of Clinical Nutrition (2013) 67, 718-724
Kwak, Thalacker-Mercer, Anderson, et al. Simvastatin impairs ADP-stimulated respiration and increases mitochondrial stress in primary human skeletal myotubes. Free Radical Biological Medicine. January 1 2012; 52(1): 198-207.
Journal of the American College of Cardiology. Effect of Rosuvastatin on Fatigue in Patients with Heart Failure. Volume 61, No. 10, 2013.
Ocala Chiropractic and Wellness
352-671-3100

Share
Previous INTRODUCING FINANCIAL CAREGIVERS
Next BREAST CANCER, WHAT YOU NEED TO KNOW ABOUT EARLY DETECTION AND TESTING