Is Your Heart In The Right Place? 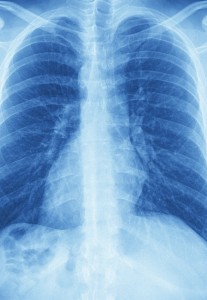 For over 99% of the population, the answer is “yes, of course.” But not for those born with a rare condition known as dextrocardia. This is a condition with no known cause that literally puts a person’s heart in the “wrong place.” In dextrocardia, the heart is located on the right side of the chest. According to the Texas Heart Institute Journal, fewer than 1% of us are born with dextrocardia.1
Many with the condition have no idea they’re even a rarity until later in life when they receive an X-ray or MRI of their chest for some other medical reason and doctors see the anomaly on screen. Those lucky individuals will more than likely have what is referred to as “isolated dextrocardia” where, though they present with the condition, their heart is otherwise healthy and functions normally. Sometimes isolated dextrocardia is accompanied by a condition called “situs inversus” where other organs—liver, spleen—have also switched sides.
The rare anomaly happens early in the development of the fetus when, for unknown reasons, the heart forms as a healthy part of the anatomy in every way but its orientation. Though there can be occasions when the condition is forced to occur; when the developing fetus has other anatomical problems—defects in the lungs, chest or abdomen—that cause dextrocardia. In those cases, the likelihood of ealth-compromising problems extending to the heart and other vital organs is much higher.
There are no real treatments for dextrocardia, especially if the symptoms are benign or non-existent. No need. But, if
functionality of other organs is impaired steps will need to be taken. For example, it is not uncommon for some babies with the condition to be born without a spleen. Because the spleen is one of the mainstays of the immune system, a lifetime course of antibiotics will need to be prescribed to help the body fight off infections.
Sometimes, dextrocardia causes defects in the septum of the heart. The septum is the divider between left and right ventricles and the anomaly can present with holes in the septum. Surgery and/or a pacemaker are indicated to help the heart get back to its normal operating efficiency. There are other side effects to watch for. Lung problems caused by the compromised action of the hair-like cilia in the lungs can lead to respiratory complications. The odd placement of the dextrocardia heart may also physically interfere with the intestines and could result in blockages—a potentially fatal condition.
But the good news is that, for those primarily unaffected by having their hearts choosing to live on the “wrong” side, life is likely to be a long, healthy and quite normal affair. However, the next time your doctor calls for a chest X-ray, you may want to sneak a peek to see which side you’re on.