OBESITY AS SEEN BY AN OB/GYN 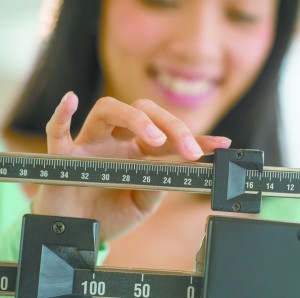 By now it’s well established and generally well known that obesity has become an epidemic in the US. The shifting of a “normal” BMI towards a heavier population is increasing the occurrence of a wide spectrum of health issues related to obesity. What’s even more concerning, and frankly more dangerous, is the public’s acceptance of this new “norm”.  Steps need to be taken to resist this acceptance and the complacent attitudes towards a heavier population. Obesity is a health condition, the public needs to be aware and measures must be taken to address this condition in a healthy and beneficial manner.
More than two thirds of adults are overweight or obese. In 2011-2012, 39% of middle aged Americans were obese. During the same time period, obesity was prevalent in 30% of younger adults and 35% of older adults. According to a 2011 Centers for Disease Control and Prevention report, the average rate of obesity was highest in the southern regions of the US, at 30%. This is compared to 29% in the Midwest, 25% in the Northeast and 24% in the West.
All women are at risk of obesity, however, minority women, lowincome women and women who live in certain geographic regions, are at a particularly higher risk.
DIAGNOSIS OF OBESITY AND
CLASSIFICATIONS
Overweight is defined as having a body mass index (BMI) of 25 to 30. A BMI that exceeds 30 is the definition of obesity.  The amount of Obesity is further divided into subcategories. Class I obesity is defined as a BMI of between 30 and 35. Class II obesity includes BMIs between 35 and 40. The last subdivision, Class III, encompasses all BMI’s above 40. It’s quite intuitive, however must be stated, that an increased BMI leads to an increased risk to health.
CAUSES OF OBESITY
The main cause of obesity is an imbalanced net caloric intake.  A balanced net caloric intake would mean that the amount of calories one takes in equals the amount of calories one uses over time. As a simple equation this is represented by; calories IN equals calories OUT.
Calories IN are all the calories you acquire by eating food or drinking. Calories OUT are the calories your body uses or “burns” to perform basic bodily functions and physical activity.
Overweight and obesity develops over time, when the net caloric intake persistently is greater on the calories IN side of the equation and less on the calories OUT side.
To maintain a healthy weight this equation must be balanced over time. It does not necessarily have to be balanced everyday, however a balance must be achieved over time.
Other causes of obesity include your genetic makeup, preexisting health conditions, medicines, age, pregnancy and lack of sleep. Ask your medical provider how each of these factors can specifically affect your weight gain.
MEDICAL RISKS ASSOCIATED
WITH OBESITY
Obesity substantially increases the risk of negative medical outcomes throughout the life span of a woman, particularly for one with class II or class III obesity.  We, as a people, need to understand that obesity doesn’t exclusively affect how we “look”, and more importantly impacts our overall health in negative ways.
Conditions that occur at higher rates in obese women (and men) include, and are not limited to, type 2 diabetes, hypertension, high cholesterol, sleep apnea, gall stones, osteoarthritis, coronary heart disease, stroke and certain types of cancer.
In particular type 2 diabetes, hypertension, high cholesterol and sleep apnea may lead to further complications such as stroke and coronary heart disease. These conditions are easily screened for and should be screened for in overweight and obese patients.
Tragically, type 2 diabetes, at one time extremely rare in children, is being seen at higher and higher rates amongst this age group. Obesity in childhood will more often than not lead to obesity in adulthood. Intervention, including physical activity and healthy eating habits, at a young age is integral in our fight against the rising obesity epidemic.
OBESITY AND PREGNANCY
Obesity presents a number of concerns during pregnancy. It affects both mother and child.
Obesity during pregnancy increases the mother’s risk of developing health problems such as gestational diabetes, preeclampsia and sleep apnea.
Obesity may also effect the development of the baby. Obese women are at increased risk of pregnancy loss, when compared to women of normal weight. Birth defects occur at a higher rate with obese moms. These defects included heart and neural tube defects. Babies born to obese mothers may be larger than normal, a condition known as macrosomia. Macrosomia is concerning due to its ability to cause complications during delivery, including shoulder dystocia. One of the gravest complications of obesity is still birth. The higher the woman’s BMI, the greater the risk of still birth.
Weight loss prior to becoming pregnant is the optimal approach to decreasing the risks associated with obesity. Even small amounts of weight loss, 10 to 20 lbs, will help to improve your overall health and increase the likelihood of a healthy pregnancy.
LOSING WEIGHT
Losing weight, for many is a daunting proposition. One of the primary factors leading to failure is the belief that extreme measures must be taken. These extreme measures, more often than not, are not sustainable. They require too drastic of an adjustment to what is already well established as an individual’s norm. Extreme fluctuations in weight up or down are not healthy. Minor steps, continued gradual adjustments to diet and activity, add up to major changes. The approach to weight loss should not be made to seem monumental, it’s discouraging. Just take that first step and you’ll be amazed how far it’ll take you.
Munroe Regional Medical Center
1307 S. Pine Avenue, Ocala, FL 34471
(352) 368-2238