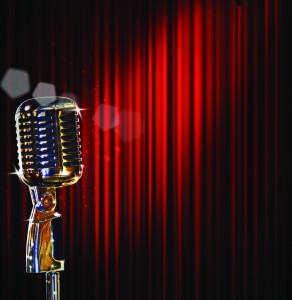 Stem CellsThe world will never forget the fate-filled day when four young men from Liverpool, England walked onto the stage of The Ed Sullivan Show in 1964. The bright stage lights and the squeals from the crowd rained down on the smiling group, and that grainy black and white image was pinned as a moment of transformation in music history.
The introduction of stem cell research onto the world stage was not filled with as much fanfare. There were no screaming fans or standing ovations when the first stem cell therapy was conducted in the form of a bone marrow transplant in 1956. The long hours that scientists spent diligently researching and studying cells in laboratories across the world were not recorded in the pages of Life magazine. Even in 2012, when the two scientists who discovered the application of stem cells as the building blocks for human life won a Nobel Prize, the response was limited mostly to the medical community.
While the history of stem cell research may seem dwarfed in comparison to that of the Beatles or Elvis Presley, its impact on the healthcare and medical industry is anything but small. Although embryonic stem cells have a long history of being in the public spotlight, adult stem cells, those that are already inside the body of an adult, are not as well known. These stem cells live in the blood, fat, bone marrow and other areas of the body and can be extracted, and reintroduced into a different part of the body. This results in the stem cells specializing as whatever type of cell they are near. For example, if the stem cells from a patient’s abdominal fat were removed, cleaned and separated, and then reintroduced to the lungs of the patient with a progressive lung disease like chronic obstructive pulmonary disease (COPD), the stem cells would become lung cells. The difference is that the new cells would be disease free and would regenerate into even more healthy lung cells, inevitably increasing lung function. For someone suffering from a debilitating disease, a stem cell treatment like the one described above could mean the difference between struggling for air and breathing easier.
The physicians at a medical clinic called the Lung Institute have been performing such procedures for some time now and boast that they have treated over 500 patients and have a 70 percent success rate in increasing the quality of life of their patients. The Lung Institute’s Medical Director, Dr. Burton Feinerman, who has been treating patients with stem cells for over 15 years, said, “Stem cells are very important because they offer a different approach. Instead of just treating symptoms and making the patient a little more comfortable, stem cells target the disease and can repair the damaged tissue. It is a whole new ball game and gives people realistic hope that we can challenge the incurable.”
It’s difficult to imagine a medical breakthrough taking center stage over a story about the newest trending celebrity. However, that isn’t to say that advancements in medical therapies, like stem cell treatments, aren’t occurring every day and won’t completely change the longevity and quality of our lives. The people that have sought these innovative treatments are already seeing these advancements in action, and although they may not be screaming like the crazed Beatles fans of the sixties, the stem cell fan base is growing every day with people that can now breathe easier.
Call (855) 914-3212 or visit lunginstitute.com/health