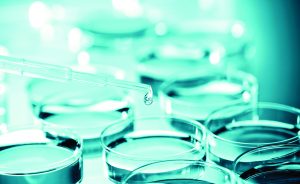 War is hell—particularly when the battleground is inside your own lungs. Unfortunately, for millions of Americans, chronic lung diseases such as COPD, pulmonary fibrosis and emphysema seem to be winning that war. Across the U.S. 6.3% of the adult population (roughly 15 million people) have been diagnosed with COPD—a prevalence that is predominantly seen within adults older than 65.
Worse still, as the disease’s symptoms of fatigue, coughing and shortness of breath can often mimic the natural aging process, it’s estimated that another 25 million Americans are currently undiagnosed. As the third leading cause of death in the U.S.—with 730,000 COPD-related hospitalizations in 2011 alone—this a national problem, a problem that is often tragically ignored.
Whether we know it or not, this is a war against lung disease, a war that will inevitably touch our lives or the lives of those we love.
So, what are we doing about it?
Sadly, not that much. In the fight against lung disease, though there are a variety of traditional treatment options, these weapons can have their benefits and downsides. As an obstructive lung condition that creates a feeling of breathlessness, traditional medications have included inhalers, medications and supplemental oxygen. Though these treatments can open airways, calm down aggressive symptoms, and in the case of oxygen, address oxygen deprivation directly, these standard treatments are not without their drawbacks.
To start, these medications can be exorbitantly expensive over time—particularly on fixed incomes—creating situations where prescriptions are given up completely rather than forfeit the cost of another refill. In other cases, the side-effects of medications can be worse than the symptoms they’re designed to combat, causing weight loss or gain, nausea, headaches and dizziness. Supplemental oxygen, however, can become an anchor, reducing the mobility and quality of life of those who become tied to it.
In the final months of World War II, Japan was undaunted. Facing an interminable war in the pacific with a force that found the concept of surrender to be nothing short of a disgrace, America faced an enemy unwilling to yield. With a continuing war set to cost millions of Japanese and Americans lives, America needed a breakthrough. That breakthrough—the breakthrough to end the Pacific War—was the A-bomb.
Today, the breakthrough needed to end the war on lung disease may be just as significant; its name is stem cell therapy.
Within recent years, the development of regenerative medicine (the practice of using the body’s own cells to heal itself) has exploded, allowing innovative upstarts like the Lung Institute (lunginstitute.com) to enter the fight.
As opposed to traditional treatment options, stem cell therapy involves the careful separation of stem cells (the body’s natural healing mechanism) from a patient’s blood or bone marrow, returning them into the bloodstream where they come to rest within the lungs. Working to relieve inflammation (which opens the airways and allows easier breathing), these specialized cells may also aid in slowing disease progression—a feat that few, if any, traditional medications can attest.
In the climax of WWII, time and the decision to act were the deciding factors of world history. In the war against chronic lung disease, speed and commitment are paramount in combatting disease progression and worsening symptoms.
In the face of fear and uncertainty, the choice to act is courage. Courage is victory.
And, victory is peace.
If you or a loved one suffer from a chronic lung disease, the specialists at the Lung Institute may be able to help. You can contact the Lung Institute at 800-921-4631 or visit lunginstitute.com/health to find out if you qualify for these new treatments.
Share
Previous MaY is stroke awareness month – STROKES AMONG YOUNG ADULTS ON DRAMATIC RISE
Next Calling Florida Families in Need of Child Medical Bill Support UnitedHealthcare Children’s Foundation offers grants to help cover medical expenses not covered or fully covered by health insurance