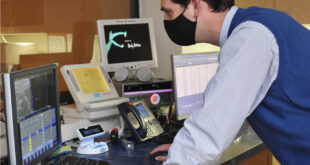 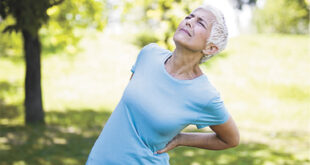 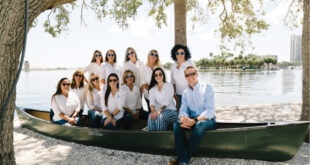 Step Into The New Year With a Healthier, Straighter Smile

We have a way to help people’s bodies and immune systems HELP THEMSELVES when recovering from or actively fighting the COVID-19 threat, which should reduce the need for extra ventilators.

When you breathe normal air, you are breathing in about 21% oxygen and the rest is mostly nitrogen. As you inhale, the air goes into your lungs. The lungs can be compared to an upside-down tree. The main airway is comparable to the trunk and smaller airways are like branches that lead out to the alveoli, which is the place where gas exchange occurs, and which can be thought of as the leaves. These leaves, or alveoli, act like tiny balloons that expand and contract with every breath. Normally, the red blood cells in your bloodstream pick up the oxygen molecules from the alveoli and transport the oxygen throughout your whole body. Every cell in the body needs oxygen to survive, which it uses for vital functions, and, in return, the cells give off carbon dioxide, which the red blood cells carry back to the lungs to be expelled when someone exhales.

Using a treatment called hyperbaric oxygen therapy (HBOT), doctors can raise the percentage of oxygen you breathe to more than 140% due to the laws of physics and how they relate to atmospheric pressure. High quality and peer reviewed studies have shown that HBOT can saturate plasma in the blood so thoroughly with oxygen that it can sustain life even without the red blood cells that normally transport oxygen being present.

HBOT super saturates oxygen into the body’s tissues, which promotes increased capillary growth (the tiniest blood vessels) and increased white blood cell (immune cell) activity, which assists your body in fighting infections in a number of ways; by promoting tissue healing secondary to an increase in collagen production, by reducing pain and by reducing swelling. HBOT can also help inhibit certain toxins and reduce the size of any gas bubbles in the body or blood stream. Also, it can have a synergistic effect with certain antibiotics, which means that it can enhance their ability to fight bacteria.

HBOT can also mobilize the body’s circulating STEM cells, which are the cells that are responsible for replacing cells that are old, damaged or dead. It has been shown that a single 2 hour treatment with HBOT at certain pressures of oxygen can double a certain type of circulating STEM cell known as a CD34+ pro generator STEM cell. These particular STEM cells are important because they are the human cells responsible for salvaging and restoring damaged cells and tissues within the body. Finally, and after approximately 20 hours of HBOT, the circulating CD34+ STEM cells can be increased by up to 800%.

The COVID 19 virus specifically attacks and damages cells in the leaves of the respiratory tree, or alveoli called type 2 pneumocytes.

These pneumocytes are the cells in the alveoli that help keep these little sacs of air from sticking shut by producing something called surfactant. Surfactant keeps the alveoli open by reduces surface tension thus making it easier for the sac to expand and for us to breathe in-and-out. When these cells are attacked, they are taken over by the virus to make many copies of the virus, which ends up killing the cell and causing many of the breathing issues people are experiencing. The reduced number pneumocytes and surfactant is what makes it very hard to breathe because the alveoli cannot expand and contract as easily as they normally do. People struggle with a significantly increased work of breathing due to the resistance created by the loss of the surfactant and those who already have bad hearts or lungs are especially likely to have such a hard time breathing that they can get to a point where they need a machine to push air into the lungs. The end result is that patients with this infection cannot oxygenate their body well enough which is what our lungs do, and our bodies need for survival. Additionally, COVID-19 morphs the red blood cells and reduces their ability to carry oxygen—effectively starving the cells. There also is minimal added benefit of a boost in healing nor stimulation of the body’s immune system when you only breathe 100% oxygen.

With COVID 19 the problem is the patients cannot get enough oxygen into the alveoli and from there into the blood stream and red blood cells (which are unable to carry the normal amount) to give the cells what they need to survive. If you increase the amount of oxygen a person breathes to 100 % from the normal 21% then that can help patients get more oxygen into their bodies, but not enough.

Another effect of hyperbaric oxygen that can lead to benefit is that it reduces the diameter of the blood vessels. This is called vasoconstriction. This is particularly important for COVID 19 infected patients because the reduction of oxygen from the lung destruction can lead to a dangerously dilated or wide-open blood vessel that can dangerously reduce blood pressure and allow for fluid from your blood to leak into your lungs. HBOT can slightly increase blood pressure and avoid massive swelling by causing the narrowing of the blood vessels or vasoconstriction

Additionally, the increased percentage of oxygen the body experiences can help it by producing approximately 200% more stem cells then normal, which are an important part of the bodies healing process.

Another important benefit of the increased oxygen in the body from HBOT is that it can help with a process called angiogenesis. This is when your body makes new blood vessels to get oxygen to areas that have blocked blood vessels, whose blood vessels are damaged or not working correctly or because of the demand from tissues that are working harder than they normally do. These new blood vessels provide a new path for the oxygen to be delivered to the tissues that need it so those tissues can heal faster. This increased oxygen also helps your body to produce more collagen, which is an important part of the scaffolding of every cell. HBOT also has the added known benefit of reducing inflammation. The body being under attack sends a systemic inflammatory response to the virus which can be aided by HBOT.

The physics and physiology behind this information are all evidence-based facts from scientific papers published in major journals and as much knowledge as is known about COVID-19 as of April 4th, 2020. While HBOT has not been definitively proven for use in COVID 19 yet, HBOT has a proven track record of success as the main treatment or as an adjunctive or add on treatment for many diagnoses and some of those are also infections. Additional it has had purported successful use during the Spanish flu of 1918.

The best available evidence suggest that recovery should definitely be enhanced by using HBOT, we believe that HBOT COULD and SHOULD be used for COVID 19 infected patients to impede the diseases progression and optimize the body’s ability to heal itself and recover. We believe this will reduce the need for machine, or ventilator, supported breathing by approximately half in those critically ill patients.

For more information contact the Undersea Oxygen Clinic at 813-533-7093 or visit Underseaoxygenclinic.com. 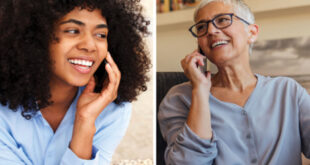 Isolation Is Killing Us. Literally. Connection is the Cure.

Long before COVID-19 we faced a health crisis. Few people talked about it, but it …