Your Attitude Determines Your Competence 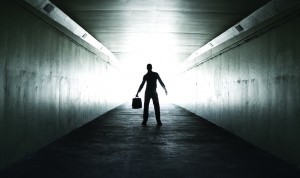 Jeff was a bit quiet for me. It took a little while to get him going, but we eventually clicked. He was a really smart guy. The company he worked for gave him one project after another and he rose quickly as a manager.
So I tried to follow the plan and schedule that Moose had done with me. It didn’t work. Jeff’s schedule was not as flexible as mine. So we went to lunches and occasional dinners as it fit into his schedule. Actually Jeff was very far along in his life-giving nature and attitude and he became as much of an encouragement to me as I was to him.
At times I thought, “Alex, what are you doing? Who do you think you are trying to be? How can you be a leader to someone already as life-giving and intelligent as Jeff? And besides, you are not out of the woods yet yourself. You still have issues…even your issues have issues.”
Have you ever felt this way?
It was a good thing that I was attending Moose’s small group for men. I got the chance to give him an update and let him in on how I was feeling about this whole leadership thing. In his usual life-giving fashion, he would say something wise that would teach me a lesson and encourage me to stay in the game.
I was actually feeling fearful of looking bad or making a mistake. My insecurity was the issue. As I shared this with Moose he would say, “Do it anyway, do it afraid; the fear won’t last long.” As usual, he was right. I learned the fear was a temporary distraction.
I knew that God wanted me to be in Jeff’s life, at least for a season, so I mustered up all the courage I could. I mean, don’t think it was totally terrible… I wasn’t a complete wimp. But I was hiding my insecurity like crazy for a while. Then something began to slowly happen to me. I began to like this one-on-one leadership thingy. I began to feel comfortable doing this.
What Moose was teaching me…again…was how to develop a life-giving competency.
It started with a promise I had made to Moose to pray for someone that I could lead through the process that he had taken me through for a year or so (“Your attitude Determines Your Significance”).
The commitment I made to Moose then forced me (with all my fears and insecurities) to rely on courage (that I didn’t know I had), which over a relatively short period of time gave me a sense of confidence. Most of the people I was doing life with at the time had no idea I was going through this, but one did…Moose.
Fast forward many years…I have developed from that experience a strong competency in the area of one-to-one leadership. I now enjoy the change that I see in men as they grow in their life-giving attitudes.
Here’s the bottom line. Make a commitment to do something in your life that is powerful enough to cause you to…do it afraid. Let the courage that is deep inside of you find its way to the top of your heart. It will meet the challenge and it will change you.
You will find yourself becoming more comfortable being uncomfortable.
And as you do, confidence will soon take over. Over time your competency will increase…and that is where the real fun begins my friend.
Now it’s your turn. Go make a powerful commitment to do something life-giving for someone else. That one unselfish promise could change your life forever in a way you never dreamed!
It did mine.
To your spiritual health,
Alex E. Anderson
Senior Associate Pastor at
Bayside Community Church
Author, Dangerous Prayers
alex.anderson@alexanderson.org
www.dangerous-prayers.com
mybayside.church