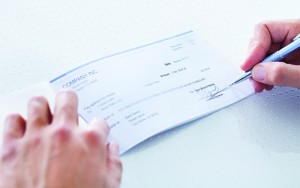 Every so often I’ll do a bit of executive coaching. I’ll spend a day with a medical, business or non-profit executive. We will end the day with very clear “take-aways” (actionable steps for an area of their life–business, family, or personal). It’s a lot of fun for me, but can be very uncomfortable for the client. They hate me in the short-term, but love me in the long run.
Most of the time they are just stuck and need an objective sounding board with over thirty years of wonderful, life-giving leadership questions to ask to get them unstuck; that’s me. I know, I know…I’m beating my chest a little (sorry about that—couldn’t help myself).
During a recent “One Day,” my client had just finished what I call a brain-dump and we were sorting though it looking for clues as to why he was stuck, even though he was very successful financially.
One of the things I noticed was the amount of time he spent actually at his business compared to his income. With his help we did the math and he was averaging about $3,000 per hour every month. Not too shabby.
So I asked him if he thought he deserved to make $3,000 per hour. As he was thinking about it, I could tell he was having doubts, so I told him not to answer-we would get back to it.
Then I asked if he were to lose everything he had (financially), would he be able to get it back again.  He thought for a moment and then said, “Yes, I believe so.” I asked,  “How long would it take?” He said, without any arrogance that I noticed, “It would take a couple of years, maybe three.”
I believed him-not just because I know him to be honest or because of his skills and business acumen _ but because of a powerful principle that is constantly working in his life and all our lives whether we are aware of it or not.
It’s the same principle working in the lives of lottery winners who lose their winnings and find themselves more broke than before they won the lottery. I call it the I am Principle.
To dig into this, lets travel back a few thousand years to a guy named Abraham. Abraham and his wife Sarai had tried for many years to have children to no avail. But something amazing happened. God showed up and made Abraham a promise that he would have a child. And that he would be come the father of many nations.
Ever had someone to make you a promise so wild that you struggled to believe it? I know I have. I had someone tell me once that they were going buy a house and give it to my family free and clear. Still waiting. Not saying it won’t happen, but still waiting.
Abraham thought this promise so ridiculous that he did the following,
“Abraham fell facedown; he laughed and said to himself, “Will a son be born to a man a hundred years old? Will Sarah bear a child at the age of ninety?” (Genesis 17:17)
Now before we give Abraham such a hard time for his unbelief…think about this.
Psychologist Dr. Robert B. Cialdini at Arizona State University, who studies what he calls “compliance psychology,” says that the best way to change someone’s behavior is to change their self-image. He goes on to say, “It appears that commitments are most effective in changing a persons self-image.”
Abraham had not committed in his heart to agree with God’s promise. I don’t believe Abraham saw himself as “the father of many nations” which is why God changed his name to Abraham (father of a multitude) from Abram (father of height).
The reason this is important is that “Without faith it is impossible to please God.” And apparently our faith can be affected by our self-image.
It’s the I am Principle at work. Once Abraham’s I am or self-image became that of “the father of many nations” he received the answer to God’s promise.
Now back to my client. I told him that he truly deserved the $3,000 per hour. His I am was that of someone who could manifest $3,000 per hour and as long as his I am stayed at that level he would always be able to manifest that income.
It’s very interesting to note that just some thirteen years before this, my client was a common laborer barely making minimum wage. He was broke – that was his I am then, now it is different.
How about you? What does your I am look like? If you are curious just take a look around your life. Your marriage reflects your I am about marriage. Your money reflects your I am about money. I believe to a certain degree your health will reflect your I am about your health. If you gained a million dollars could you keep it?
For me, the I am Principle was a hard pill to swallow. I wanted anything other than more responsibility to deal with in my life. But over the years my I am has, with effort, prayer, and a lot of meditation, changed for the better.
I hope yours will as well, if you think it needs it.
To your spiritual health,
Alex E. Anderson
Senior Associate Pastor at
Bayside Community Church
Author, Dangerous Prayers
alex.anderson@alexanderson.org
www.dangerous-prayers.com
mybayside.church
Share
Previous Chiropractic: A Safe and Natural Alternative to Medication and Surgery
Next 10 Ways to Make Dad’s Day