A Life, No Matter How Short, Can Change the Lives of Others Forever

Submitted by Hospice of Marion County 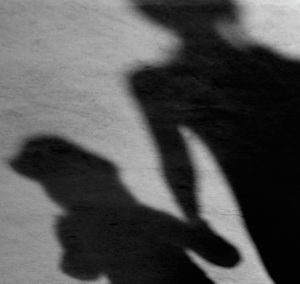 When famed author Mitch Albom wrote the best-selling memoir of all time, “Tuesdays with Morrie”, he distilled the lessons of a lifetime of his aging professor. The wisdom he derived from his dying teacher became not only a book but also a movie and a stage play. Some 20 years later, Albom has another story to tell of losing someone who made an indelible imprint on his life.

This time, his teacher is a small child, nicknamed Chika, born three days before the 2010 Haitian earthquake. A few years later, her mother died in childbirth and she was sent to an orphanage operated by Albom who visits monthly to help provide impoverished children with a chance at a better life. In 2015, Albom received a call that a five-year-old girl didn’t seem right—her eye was drooping and her mouth turned downward. All the local doctor could give her was eye drops. Albom knew the symptoms were serious and raced to Haiti to retrieve her, bringing her to the U.S. for treatment. It was soon discovered that the unusually bright and vivacious girl had a rare inoperable brain tumor; the cancer had already advanced to Stage IV.

Undaunted, Albom and his wife, who had never had children, took her into their home and their hearts. They began a world-wide crusade to find a cure. For two years, they never gave up and neither did Chika, who continually charmed the Alboms and educated them on what it means to be a parent, an advocate for the less fortunate and most importantly, an unlikely family.

Albom chronicles their journey through a series of flashbacks and how Chika, a year after her death, still “visits” him, inspiring him, guiding him and teaching him. His first work of non-fiction in 10 years, “Finding Chika: A Little Girl, an Earthquake, and the Making of a Family,” was released on November 5. Brave and self-assured, Chika won the hearts of all who met her with her boundless optimism, humor and precocious wisdom. Chika taught the Alboms that families can be created in many different ways.

Chika died at home in April 2017, surrounded by loved ones, her hospice nurses and a doctor, who said, “She’s taught us all a few things.” Albom writes: “With Chika, we became a combat unit, fighting against the unconquerable. But we also became something else: A family. It was 23 months of an incomparable journey, endless memories and limitless love. How can we be angry? We did not lose a child. We were given one.”

Hear Albom’s amazing story in person when he speaks in Ocala, January 14, 2020, 2:00 p.m. at the Klein Center on the campus of CF. General admission is $35 a person and includes a copy of his new book.

Tickets are available online at www.hospiceofmarion.com.

For information, contact Cindy Moody, (352) 291-5143 or cmoody@hospiceofmarion.com. His appearance is sponsored by Hospice of Marion County.

Share
Previous New Year. New You. Beat the Heat with ONE HD Hydration (Hemp Infused Water)
Next Thyroid Disorders Can be Challenging to Diagnose: Do You Know the Signs and Symptoms? National Thyroid Awareness Month