Drug Combinations and Their Risks 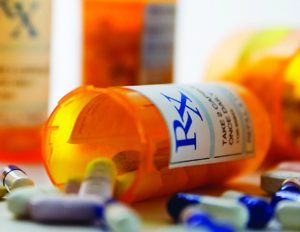 When you visit your healthcare provider, you are probably asked, “What medications are you taking?” This is because some drugs shouldn’t be taken with others. The danger is from an effect called a drug-drug interaction.
Some drug-drug interactions make the combined drugs have stronger effects than either one alone. Healthcare providers know this. They usually don’t prescribe drugs that interact. However for some patients, there are no other options. For these patients, healthcare providers are careful to change the amounts of each drug to safe levels. The danger is when patients combine drugs without following directions or without their healthcare provider’s knowledge.
Unsafe drug combinations are a growing health problem. In this newsletter, we’ll talk about some of the common drug combinations found in urine drug tests. We’ll talk about the risks of combining certain types of drugs without your healthcare provider’s supervision. We’ll also describe how you can work with your healthcare provider to help stop unsafe drug use.
Dangerous Drug Combinations
Opioids and benzodiazepines (“benzos”) are types of drugs that can be used safely. As long as you follow your healthcare provider’s instructions, these drugs can have benefits.
Healthcare providers sometimes prescribe benzos for people who have trouble sleeping. They can also help people who have anxiety, panic attacks, seizures, or muscle spasms. Opioids, on the other hand, are prescribed to relieve pain. Both types of drugs act by slowing down the nervous system. If not taken as directed, the combination may cause people to stop breathing and can even cause death. Alcohol makes these risks even greater, because it slows down the nervous system even more.
Urine test results show that many people are taking unsafe combinations of opioids and benzos. In 2016, more than one-fifth of patient specimens tested contained both kinds of drugs. In most cases, at least 1 of these drugs was not prescribed.1 This means that patients were unsafely combining these drugs without the supervision of a healthcare provider. Some people (>3%) were even taking both of these drugs with alcohol.1
Urine test results also show that many people are taking illegal drugs, such as heroin, in dangerous combinations with other drugs. About one-fifth of urine specimens that tested positive for heroin also tested positive for fentanyl.1 Fentanyl is a very strong opioid drug prescribed to relieve pain. But fentanyl is also illegally made and may be mixed with heroin. Many heroin users don’t know this and may think that they are only taking heroin. But they are actually using a much more potent mix. Both drugs slow down the nervous system. Combining these drugs can stop breathing and lead to death.
Consequences of Dangerous Drug Combinations
Drug overdose deaths in the United States are on the rise. Most of these deaths have involved opioids. In fact, more than 33,000 people died of opioid drug overdoses in 2015, more than in any prior year.3 Deaths from opioid overdose have tripled since 1999.3 Unsafe combinations of opioids, benzos, and alcohol have increased the number of deaths.4 Heroin mixed with fentanyl has made the problem worse.4
What You Can Do
To avoid dangerous drug combinations, you can do the following:
. Don’t drink alcohol while taking your medicines.
. Don’t use drugs that belong to someone else.
. Only get your medications from your pharmacy.
. Tell your healthcare provider about all of your
medication, drug, and alcohol use.
How your Healthcare Provider Can Help
Healthcare providers may order a urine drug test before they prescribe certain medicines for their patients. These medicines include opioids and benzos. It’s not a matter of trust. The CDC (Centers for Disease Control and Prevention) guidelines say that this testing should be done.5 If a patient is already taking one of these drugs used for pain or anxiety, they may be at risk of an accidental overdose if prescribed another. Studies show that urine testing is an important part of the treatment plan.5
How the Laboratory Can Help
The lab performs the drug tests ordered by your healthcare provider. Then the lab compares your test results with a list of the drugs your healthcare provider has prescribed. This process helps your healthcare provider identify any unexpected drug use. It also helps the healthcare provider identify dangerous drug combinations that could put you at risk of drug-drug interactions and overdose.
Additional Information
For more information on dangerous drug combinations visit questpdm.com/ or other helpful websites such as:
. webmd.com/mental-health/addiction/news/20170315/opioid-painkillers-and-xanax-or-valium-a-deadly-mix-study#1
. publichealth.hsc.wvu.edu/media/3331/polypharmacy_pire_2_web_no-samhsa-logo.pdf
References
1 Quest Diagnostics Health Trends™. Prescription drug monitoring report 2017: prescription drug misuse in America, diagnostic insights into the growing drug epidemic. questpdm. com/wp-content/uploads/2017/09/ QuestDiagnostics_PDM_
HealthTrends2017.pdf. Accessed September 22, 2017.
2 Dean O. Prescription drug abuse among older adults. Washington, DC: AARP Public Policy Institute; 2017.
3 Rudd RA, Seth P, David F, et al. Increases in drug and opioid-involved overdose deaths — United States, 2010-2015. MMWR Morb Mortal Wkly Rep. 2016;65:1445-1452.
4 Kandel DB, Hu MC, Griesler P, et al. Increases from 2002 to 2015 in prescription opioid overdose deaths in combination with other substances. Drug Alcohol Depend. 2017;178:501- 511.
5 Dowell D, Haegerich TM, Chou R. CDC guideline for prescribing opioids for chronic pain — United States, 2016. MMWR Recomm Rep. 2016;65:1-49.

Share
Previous How Your Heart’s Health Plays a Role
Next Putting Off Cataract Surgery? Now Is the Perfect Time to Restore Your Vision. 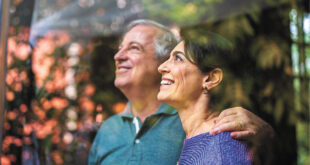