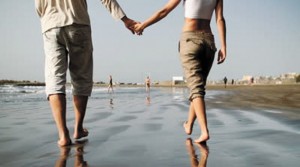 About Dr. Benjamin
– Nationally and internationally known speaker and surgical innovator
– Former president of the national podiatry association
– Board certified in podiatric medicine and surgery, and wounds
– Nationally speaks on fat pad restoration and hyperbaric oxygen therapy for diabetic wounds of the feet.
– Co-Founder of the Shalom Children’s Fund – supplies, food, clothing, medical supplies to needy families displaced by the Chernobyl nuclear disaster in Ukraine.
– Performs charity surgery on children deformed by Chernobyl in Kiev, Ukraine
– Former nationally ranked soccer player and tennis player
– Licensed soccer coach who has won 3 national youth soccer titles
– Hobbies include: golf, tennis, boating, travel
Hear From A Patient of Dr. Benjamin
“I was getting bad pain in my left foot.  It got to a point where I couldn’t walk.  I knew it was Plantar Fascitis.  I had it in my right foot a few years back.  The surgey was so bad that the pain was hard to deal with.  I was two weeks in a cast and four weeks in a boot.  I could not drive or do anything. This time,  I was sent to Dr. Benjamin.  I walked in the office to be greeted by a happy lady.  I was brought into another room and the x-ray was done in the office, not in a big hospital.  Dr. Benjamin was so wonderful and made me feel real comfortable.  We both knew what it was.  It was plantar fascitis.  He told me that it was the same as my other foot but that we wouldn’t have to do major surgey and that he was going to have me walking in a week.  I laughed because it was not the experience I had with my other foot.   I went to the TLC building for the procedure.  It was so clean and ran like clock work.  Everything happened so fast and I was gone 45 minutes after the surgery.  No hospital paperwork or wait.  After the procedure, I had no pain.  I took the pills I was given and it was so easy.  No pain!  So much different than my other foot that I had surgery on.  In Dr. Benjamin’s office seven days later, I was walking out without stitches and feeling so good.  Your arch is tender but you can where shoes in 9-10 days.  I would never hesitate to go to him for any foot problems.  He does everything so well.  He is highly recommended in my book”
—— Darlene Haran of Lady Lake, Florida
To Learn More
For a consultation regarding fat pad restoration of the foot, tendon or ankle repair, contact Dr. Benjamin at 352-259-9288.
Richard S. Benjamin, DPM
The Summit – 749 CR 466
Lady Lake, FL 32159
352-259-9288
footandanklecenter@yahoo.com