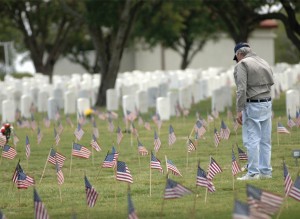 Henry killed people…for a living. Oh, it was perfectly legal. He worked for the government. His specially trained unit could get in and out almost without a sound. No weapons fired and no sensational acrobatics or choreographed Kung Fu moves, just the silent taking of another human being’s life.
Another human being’s life! Sounds non-personal…
like a video game or Bruce Willis movie.
Henry was 63 years old when I met him. He was an electrical engineer. We had business to do together. He was doing a load calculation for a 3-Phase electrical panel installation. I met him at the docks of the harbor where he kept his boat, which doubled as his home and office. Henry lived alone.  I had many meetings with Henry, but one in particular was different.
I liked Henry. He was humble, soft spoken and a very good engineer. I never had an issue with his work. That day we hung out and talked a little longer than usual, not about the project, but about life in general. I noticed that I never saw Henry with anyone except those he worked with; contractors, vendors, engineers and other project managers like myself. He told me he once had been married but that didn’t work out and he had no children.
What broke my heart for Henry was that he seemed to be “completely” alone…except for his big red Irish Setter…Fred. With a concerned tone, I asked, “Did you have a church family?” Henry looked at me, grinned and said, “I’m not much on God.” I told him I wasn’t trying to pry.  I was just wondering if he had a community of caring folks in his life. I was just about to invite him to my church when I heard these words fall from his lips like a judge pounding a gavel in a courtroom, “Naw…God wouldn’t have the likes of me in a million years.”  To which I asked, “Why would you say that Henry?”
That’s when Henry proceeded to tell me of his “past life” and retirement from “Government work” using his fingers to create quote marks in the air. I learned that he had been a Navy Seal and then later in some unnamed intelligence branch of the government. His words were not laced with arrogance or bravery, but with a distinct sense of regret and sadness.
He admitted to being an adrenaline junkie in his younger years, which drove him to achieve black belts from multiple disciplines as well as learn proficiency with many types of weapons. Even now in his sixties, once a year he would head to some place close to Brownsville, Texas and go wild boar hunting with some “Old Timers” as he called them. Their only weapon would be…a knife.
Henry was a true patriot and loved serving his country, but his heart was deeply troubled with all the lives he had taken, both young and old. He was also deeply concerned about what God thought about all the “Human Blood” on his hands, to use his words.
Like many, Henry thought God’s love and acceptance was a condition of how good or bad he had lived his life.  Henry believed a well known…lie, about God.
I spent the better part of that afternoon sharing with Henry how much God loved him and all of mankind. How God had proven it by sending his Son Jesus to get that message across to us, both in His life and His death.
I shared the very well read story that is unfortunately misunderstood and inappropriately named, “The Prodigal Son” (Luke 15:11-32 NIV). The story is not about the sins of the sons, but aabout an amazing father who represents God, and whose love knows no bounds and whose grace knows no end.
The story, as I shared it with Henry, is not about the actions of the two sons, but about the heart and actions of the father. Most people get caught up in either the younger son’s issue; believing he is not good enough anymore to be his father’s son (due to wasting his inheritance)…or…the older son who believes his father owes him something because he has served his father his whole life without asking for anything.
The story is about the father’s unconditional love…that’s it.
We can never be “good enough” for God anyway…so why try. Just settle into the love he already provides. I know it may take a bit to get comfortable being loved without “strings” attached, but give it a try. Just tell God you accept His unconditional love and see how He responds.
He won’t bite, I promise, and who knows, you might even like it.
And remember to Be Life-Giving,
Alex Anderson
To read other life-giving articles by Pastor Alex, go to http://belifegiving.blogspot.com/.

Share
Previous Cornerstone Hospice – We’re in your corner
Next Taking Back Control of Your Personal Finances.