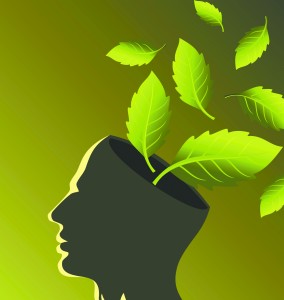 As you may know, the incidence of dementia is a growing concern among our senior population. More and more, we hear terms like cognitive decline and Alzheimer’s when describing the elderly. What do all of these words mean? And is there anything that can be done to treat those that are afflicted? Better yet, can something be done to help prevent these conditions in the first place?
Well, to begin with, we need to understand what these terms actually mean. Dementia is a “catch-all” disorder that describes a diminished mental state. In fact, the Mayo Clinic defines dementia as “a group of symptoms affecting thinking and social
abilities severely enough to interfere with daily functioning”.
There are approximately 44 million people worldwidethat are affected by dementia;1 with up to 50% of all seniors over
the age of 85 experiencing any number of these symptoms.
The most common form of dementia among older people is Alzheimer’s disease (AD). It is a diagnosis that applies to a group of degenerative brain disorders that are symptomized by memory loss, a general cognitive decline, and even personality changes. While it can affect anyone, Alzheimer’s disease is mostly found among the elderly and is a rare occurrence for people under the age of 60. Alzheimer’s can progress to physical problems that include difficulty speaking, walking, and simple functions like swallowing. In fact, it has grown to become the sixth leading cause of death among seniors.2
The cause of Alzheimer’s disease is still being debated among the world’s experts, but there are a few things that we have learned. Studies have shown that there may be direct links with our diet and overall health to our risk of being diagnosed with Alzheimer’s. Scientists have thought for years that the intake of antioxidants may have preventive benefits regarding this disease. It has been shown that an increase in certain vitamins can help delay or reduce the effects of, not only this debilitating affliction, but dementia as a whole.
Doctor Schuyler Grove, of Ocala Chiropractic and Wellness, explains that Vitamin C is believed to reduce the scope of an event called Oxidative Stress.³ Oxidative Stress occurs when there is a breakdown between the balance of “free radicals” and antioxidants. In a nutshell, the brain becomes less capable of receiving the oxygen that it requires to work properly. An increase in antioxidants may help improve this balance and result in better cognitive abilities. Another vitamin in this class would be Vitamin E (alpha-tocopherol). Slowing the progression of Alzheimer’s and dementia through the greater intake of antioxidants has been very promising.
With its anti-inflammatory and immune-boosting properties, another vitamin may also help battle against Alzheimer’s and dementia. Vitamin D is thought to improve the body’s defenses against these degenerative effects.
Increasing Omega 3 intake has been linked to better comprehension for years. It is a fatty acid that is used in the brain, nerves, and even eye tissue. Mostly derived from plants and fish oil, Omega 3 now shows the added promise in the fight against oxidative stress, as well.³ Your mother always said to take you vitamins… it turns out that she was wiser than she knew.
One medical doctor has even used coconut oil to treat her husband who was diagnosed with Alzheimer’s disease. She states that there was noticeable improvement of his symptoms after a continued regimen.⁴ Coconut oil is edible and is extracted from the kernel, or meat, of matured coconuts that are harvested from the coconut palm. It has various applications in food, medicine, and industry; this is because coconut oil contains ketone bodies which can be used as a substitute for glucose in the supply of energy to our body’s cells. Brain cells need a steady flow of energy to function properly. Patients that are insulin intolerant can use the coconut oil instead of glucose, because without one of these forms of energy their brain cells can eventually die.
For years, Ocala Chiropractic and Wellness has been seeing the positive changes in patients with the addition of natural supplements to their diet. Now, through exhaustive research, more scientific studies are coming to the same conclusion.
As technology advances, we all seem to look to the pharmaceutical companies to give us a miracle drug that will fix our ailments. It is good to know that sometimes we don’t need to look past the nature that surrounds us to find some of the answers.