Sit Up! Stand Up Straight! 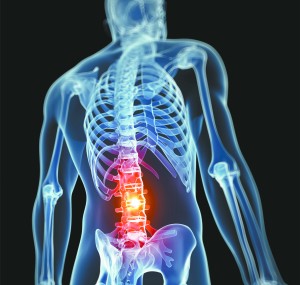 Is your posture poor? Are people frequently reminding you to sit up or stand up straight?
There are many reasons why your posture may not be as straight as an arrow.
In general, prolonged posture whether sitting at a desk, driving or  even reading can lead to slow but significant change in the balance of  the bodies muscles, ligaments and joints with the eventual result of a  compensatory posture.  If left to worsen, changes can occur to the bone and prevent return to a normal and efficient posture.
What is Upper Crossed Syndrome?
Upper cross syndrome is a collection of these changes that leads to change in tone of the muscles, followed by muscle imbalance which leads to movement dysfunction and subsequent pain or discomfort.  As certain muscles tighten such as upper trapezius, pectoralis and SCMs, others such as the deep neck flexors and scapula stabilisers get weaker and are no longer able to support the body efficiently.  Less efficiency leads to higher use of energy and higher strain on the body which inevitably leads to symptoms – pain and tiredness.
Symptoms of Upper Cross Syndrome
Forward head carriage increases the curve of the cervical spine placing more strain on the joints and restricted range of movement in the neck.  This can lead to joint pain as well as reducing the space for the nerves to exit the spine leading to nerve entrapment, which can include numbness, pain, weakness or tingling in the arm.  In this position the muscles and ligaments may be under more strain end up becoming pain generators themselves.
Rounding of the shoulders leads to a decrease in the space around the shoulder joints, which can cause compression of muscles and tendons involved with shoulder movement as well as muscle strains and arthritis of the shoulder.  Also associated is the altered position of the shoulder blades, which acts as an anchor for many stabilising muscles for the back, neck and shoulders.
Thoracic outlet syndrome can occur as the posture worsens and the nerves and blood vessels around the neck and shoulders may become trapped.
can lead to rib pain and reduced movement of the ribs in this area as well as reduced lung capacity, which can affect everyday life and sporting performance depending on the severity.
What is the Cause of Upper Cross Syndrome?
Upper cross syndrome develops silently often over many months or years and can often become symptomatic with a seemingly innocent movement.  If left untreated the symptoms can progress and start affecting the function of the low back and pelvis.  It is therefore not uncommon to see both Upper Cross Syndrome and Lower Cross Syndrome together.
Using the collection of symptoms and use of special tests chiropractors can easily diagnose this syndrome and put together a plan to start reversing the changes.
Treatment can include spinal manipulation as well as soft tissue techniques such and work on rehabilitation to strengthen those muscles that have become weak.
Don’t let these symptoms sneak up on you, have your posture checked to find out how you can benefit from chiropractic care.
What is lower cross syndrome?
Lower Cross Syndrome (LCS) is defined as an abnormal adapted posture of the lower back resulting from muscle strength imbalances. This is frequently associated with the combination of prolonged sitting and poor posture.
To fully comprehend the reason as to why there is a muscle imbalance, we need to understand the concept that when a muscle is in a shortened or tightened state (ie. such as in Prolonged sitting and poor postures) for long periods of time, it causes the weakening of muscles with an opposite function (ie. muscles that flex vs straighten your arm). This is referred as the reciprocal inhibition.
In Lower Cross Syndrome, the hip flexors become tight (due to poor posture). As a result of reciprocal inhibition, the abdominals and gluteals become weakened. Consequently, this muscle strength imbalance leads to an exaggerated curve in the lower spine which in turn causes low back pain. Because the gluteals are weak, its function is compromised and other muscles such as the hamstrings, TFL (part of your IT band), and back muscles are recruited to assist them in performing daily activities such as walking or running.
Left untreated, the joints and surrounding muscles may undergo changes, progressively leading to:
. Low Back Pain
. Sciatica
. Glute or Hamstring Pain
. IT Band Pain
. Knee Pain
. Degenerative Changes
How do you correct it?
You can correct Lower Cross Syndrome by applying the same concept we talked about with Upper Cross Syndrome – strengthening what’s weak, stretching what’s tight, and freeing up the joints in between that aren’t moving properly.
Ocala Chiropractic and Wellness
352-671-3100
Ocala Chiropractic and Wellness, 1701 NE 42nd Ave #403, Ocala, FL 34470

Previous Taking Back Control of Your Personal Finances.
Next Hospice of Marion County: It’s YOUR Choice