Unpacking the Benefits of Omega-3s for Anxiety 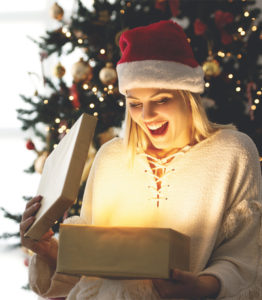 How much omega-3 should you take daily? For those interested in the benefits of omega-3s for anxiety, one new study suggests a higher dose than you might expect.
The study, published in JAMA Network Open in September, found that omega-3s helped reduce the symptoms of anxiety; however, the researchers also found that only doses of at least 2000 mg daily had a significant clinical effect.
While doses greater than 2000 mg are often used in omega-3 research studies, many journalists fail to describe what these doses mean for consumers — and sometimes even misunderstand the numbers themselves. The New York Times, for instance, managed to inverse the number when reporting on this same study, writing that “large doses” — “up to 2000 mg a day” — had the greatest benefits.
Such misleading reporting does consumers a disservice because if you dig into the omega-3 literature, it is clear that getting an effective dose greater than 2000 mg makes all the difference.
How Many Fish Oil Capsules Equal 2000 mg of Omega-3s?
Most regular fish oil capsules contain only 300 mg of combined EPA and DHA omega-3s. To get 2000 mg then, you would need to take approximately 7 regular fish oil capsules every day.
Popping 7 fish oil capsules may sound like a lot; however, this has more to do with our perception of the delivery form than anything else. Consider: Fish oil is technically a food substance, just like extra virgin olive oil. And before World War II, it was common practice for mothers to give their children a tablespoon of cod liver oil in the morning. One tablespoon of cod liver oil delivers as much omega-3 as 6 to 10 fish oil capsules, depending on the size and concentration of the capsule.
Unfortunately, when fish oil comes in capsule-form, people think of it like medication. They imagine that 7 capsules deliver an enormous dose, when in actuality, a capsule doesn’t contain much oil relative to the amount you would consume naturally if the oil came in food form.
Why the Body Needs More Omega-3s
We have more than 30 trillion cells in our body and each cell has a cell membrane. Every nutrient or signal coming to the cell has to pass through this membrane. While the cell membrane is made up thousands of different molecules, omega-3s and omega-6s play a special role. Because of their unique double bond structure, omega-3s influence the fluidity of the cell membrane (important for healthy nutrient exchange), as well as the cells’ inflammation response.
Humans evolved on a diet that delivered an even ratio of omega-6s and omega-3s. But today’s Western diet contains approximately 15 times more omega-6s than omega-3s, and this lopsided fatty acid ratio has consequences. The oversaturation of omega-6s in our diet wreaks havoc on our cell membranes and is believed to promote numerous diseases, including cardiovascular disease, cancer, and autoimmune diseases.
To restore this imbalance, you can’t expect a small dose of omega-3s to compete with the plethora of omega-6s you consume daily in the form of processed foods, baked goods, and vegetable oils. Think about it this way: If you have a football game with 15 players on one side and just one player on the other, adding one or two more players to the losing side won’t help much. If you want a balanced game, you have to give both teams an equal number of players.
It has been calculated that the amount of extra omega-3s necessary to rebalance the surplus of omega-6s in our diet ranges from 2000 mg daily and up. And for certain conditions, like cancer and rheumatoid arthritis, studies routinely use significantly higher doses to achieve benefits.
This backstory puts into perspective why taking just one or two fish oil capsules daily often leads to dissatisfying results. There simply isn’t a lot of research that shows taking such small doses will make a difference for any chronic medical condition, including anxiety. The more media outlets and health practitioners work to include relevant information about dose when covering omega-3 research, the better it will be for consumers.
About Dr. Bo Martinsen
Dr. Martinsen is an omega-3 specialist, innovator, and advocate for natural foods. As co-founder of Omega3 Innovations, he has created multiple patented technologies for medical devices designed to improve consumer compliance. He is also the creator of several medical food products that combine dose-effective ingredients of omega-3 fish oil with soluble fibers and other nutrients. Before Omega3 Innovations, Dr. Martinsen practiced medicine in Norway, focusing on occupational and preventive medicine.
Call us at 941-485-4400
www.omega3innovations.com

Previous RAO’s Dynamic Duo of Women’s Imaging
Next What is the MIT Difference?