“Winning the Battle of Long Term Pain(s), Depression and Anxiety” 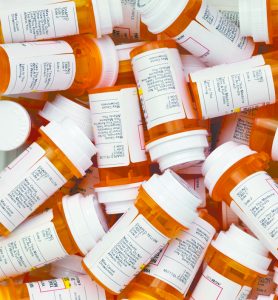 In my 35 year career in Functional/Integrative Medicine, I have personally seen and experienced a steady drop in the overall well-being of all the new patients entering my office due to the constant onslaught of Iatrogenic (Medically induced) diseases and conditions from long term prescription drug use. The largest group of clinical conditions and diseases are arising from long term use of prescription Antidepressants and Analgesics (Pain Pills).
Antidepressants are the most commonly prescribed class of medications other than antibiotics, taken by more than 1 in 10 Americans (and 1 in 4 among women aged 50 to 64). Many assume that such pills are the best available treatment for symptoms of depression, anxiety, bipolar disorders and manias but in fact the difference between antidepressants and placebo (sugar) pills is very small, to which both are ineffective for most depressed patients. In a meta-
analysis published in PLOS Medicine, only the most severely depressed (1-2%) showed any response to antidepressants at all and that response was quite minimal. This lack of effectiveness must be taken into consideration along with the drugs side effects, which are many.
If you’re considering OR using antidepressants, it’s probably because you want to feel better or want to have a clearer mind function. However, antidepressants called serotonin reuptake inhibitors (SSRIs) may leave you with a new set of mental challenges, specifically symptoms of Mania, Bipolar disorder, Nightmares and if taken during pregnancy linked to ADHD and Birth Defects. SSRIs include drugs such as Paxil, Zoloft, Celexa and Lexapro. Researchers from King’s College London’s Institute of Psychiatry, Psychology and Neuroscience reviewed more than 21,000 medical records for this recently published study and found that there was an increased risk by more than 30 percent for those prescribed SSRIs or another antidepressant called Effexor.
Unfortunately, our current Allopathic (Medical) health care providers are creating a new group/generation of drug controlled robots. These unfortunate unsuspecting patients are being prescribed these mind altering drugs and which in most cases “zaps” the brain resulting in long term conditions of headaches, insomnia, lethargy (fatigue), anger, irritation, or even extreme uncontrollable rage and countless other symptoms.
This is utter insanity! This barbaric, inhuman clinical care of the American/World consumer is primarily based on patient subjective complaints (90+ %) with no objective evidence to support the prescribing of these powerful mind altering medications. Rarely, if ever have I witnessed or seen a new patient in my office have objective studies to warrant the use of these SSRI medication.
In 2013, more than 46,000 Americans died from drug overdoses with prescription drugs and heroin topping the list. Half, or about 23,000 of these lethal overdoses were due to prescription drugs, with painkillers accounting for about 16,000 deaths. About 8,000 deaths were due to heroin. As discussed in the featured 60 Minutes segment, “Heroin in the Heartland,” heroin addiction is fueled by legal drug addiction to opioid painkillers which, from a chemical standpoint, are nearly identical to heroin in the brains chemical reaction.
Between 2013 and 2014, heroin use in the USA rose by 51 percent, and the reason for this resurgence is in large part due to it being less expensive than its prescription counterparts and the tightening of regulations by the FDA on physicians prescribing these powerful drugs. So, if a patient is initially prescribed these very powerful drugs like Oxycontin, which is highly addictive, and then the patient is unable to afford OR cannot have a prescription refilled the logical remedy is to turn to the illegal trade.
As noted by Forbes Magazine, “the drug industry has a lot to answer for, as drug makers have repeatedly downplayed the addictive nature of their own wares while aggressively promoting their use”. Purdue Pharma is just one example. In 2007, the company pled guilty to charges of misbranding, and was fined $600 million for misleading the public about Oxycontin’s addictive qualities. And the lists and cases go on and on!
The American consumers (patients) must become educated and aware of the deceit and fraud being hoisted upon them with the indiscriminate prescriptive measures being placed upon them. Americans put their faith and trust in their health care providers to be able to properly diagnosis and treat their health challenges they present with. Unfortunately, this is not the case today in American. Our traditional health care system is fraught with greed and deceit and the patient is the final victim.
We know that with the proper evaluation and diagnosis that all health challenges respond with good to excellent results with alternative medicine. That is why with Integrative/Functional medicine preformed at our facility we find the “root causes of the conditions” and not just treat the symptoms as does in traditional healthcare facilities. You can’t take a “Pill” and expect reductions/elimination of symptoms. There is much more involved, however our traditional health care system does not have the time nor the means to evaluate and treat “causes” of disease or conditions.
If you or a loved one has a current health challenge and are unhappy or seeing no resolve of the condition(s) we urge that you contact our office for a courtesy consultation for an understanding of how Integrative/Functional Medicine can be of benefit. We will open up an entirely new world of knowledge to the new patient as to the real causes and what can be done effectively and with NO residual side effects with our care.
To visit Dr. Badanek please call: 352-622-1151 or go to our web sites at: DrBadanek.com or www.alternativewholistichealth.com