PTSD and Recovering from trauma 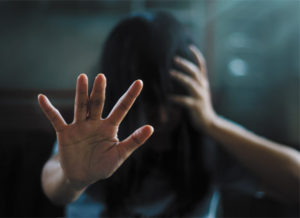 PTSD, or Posttraumatic Stress Disorder, is a psychiatric disorder that can occur in people who have experienced or witnessed a traumatic event, such as sexual assault, warfare, automobile accidents, or other life-threatening events. Importantly, the exposure need not be direct or first hand. Instead, PTSD can occur merely by learning about the violent or unexpected death of a loved one. It can also occur as a result of repeated exposure to explicit details of trauma, such as law enforcement personnel investigating details of child abuse.

A rose by any other name…
PTSD has been known by a variety of other terms. Soldiers returning from World War I were described as having “shell shock.” After World War II it was known as “combat fatigue.” Only in the 1970s did the term “posttraumatic stress disorder” come into use, in large part due to conditions seen in veterans of the Vietnam War. It was officially recognized as a diagnosis by the American Psychiatric Association in 1980 in the third edition of the Diagnostic and Statistical Manual of Mental Disorders (DSM-III).

Trauma is an often-misunderstood word. Trauma need not be physical to be harmful, as psychological trauma can be equally damaging. Trauma is any life event, series of events, or ongoing events that create a negative impact on your life that changes or distorts your vision of yourself or your place in the world. It is the result of an overwhelming amount of stress that exceeds one’s ability to cope. Examples of traumatic events or situations include:
• Abandonment and neglect
• Emotional, physical, spiritual, and sexual abuse
• Accidents, fires, natural disasters, random acts of violence, financial concerns, sudden loss
• Terrorism, repetitive viewing of terror acts on TV and social media
• Divorce, adoption, bullying, domestic violence, multiple moves, death, loss of pets
• Death or suicide of loved ones
• Veterans, war, or having a loved one experience war or combat
• Childhood medical or mental health issues
• Medical or mental health issues affecting loved ones

Symptoms, incidence, and pathophysiology of PTSD
Symptoms of PTDS generally fall into four categories that can vary in severity between individuals. These include:
• Intrusive thoughts such as repeated, involuntary memories, nightmares, or flashbacks of the traumatic event. These may be so vivid that people feel they are reliving the experience.
• Avoiding reminders of the traumatic event, such as people, places, activities, objects, or situations that bring on distressing memories. Affected individuals may try to avoid remembering, thinking about, or discussing what happened or how they feel about it.
• Negative thoughts and feelings including ongoing and distorted beliefs about oneself or others (e.g., “I am bad,” “No once can be trusted”); ongoing fear, horror, anger, guilt, or shame; feeling detached or estranged from others.
• Arousal and reactive symptoms, such as being irritable, having angry outbursts, being easily startled, or having problems concentrating or sleeping. These are often call fight-or-flight responses.

In the days following a traumatic event, it is common to develop the above-mentioned symptoms. When these symptoms last less than one month, they are referred to as acute stress disorder. About half of people with acute stress disorder go on to develop PTSD, with symptoms lasting more than a month and often persisting many months or years. In the United States about 3.5% of adults have PTSD in a given year, while 9% of adults develop it at some point in their life.

Pathophysiologic mechanisms of PTSD include an over-reactive adrenaline and cortisol response, which creates deep neurological changes in the brain that leave the individual hypersensitive to future fearful situations. Structural MRI studies of PTSD patients demonstrate reduced brain volume and activity in the prefrontal cortex, hippocampus, and amygdala. These areas are linked to the experience and regulation of emotions, placing memories in the correct context, and formation and recall of emotional memories. Essentially, the body’s neurohormonal stress response to trauma causes physical functional damage to these important brain areas.

Recovering from trauma
A variety of treatment approaches are utilized to help patients recover from traumatic events and PTSD. Counseling approaches include cognitive-behavioral therapy (CBT) and interpersonal psychotherapy. In CBT, individuals learn to identify thoughts that make them feel afraid or upset and replace them with less distressing thoughts. Interpersonal psychotherapy usually takes the form of support groups, in which groups of patients provide each other with encouragement, suport, and advice. Medications include antidepressants, such as Zoloft (sertraline), Prozac (fluoxetine), Paxil (paroxetine), and Effexor (venlafaxine). Physical modalities include exercise, sport, and physical activity for adults and play therapy for children.

Recently, two additional treatments for PTSD are becoming popular, especially for those that fail to improve with counseling and medication. Cranial Electrotherapy Stimulation (CES) uses a small handheld device, such as Alpha-Stim, that delivers low-level electrical current via electrode clips that are applied to the earlobes. It can be effective for a variety of acute and chronic stress conditions. Low-dose ketamine infusions, such as those provided by The Infusion Clinic of Ocala, can be valuable and highly effective for treating resistant cases of PTSD, anxiety, and depression. You can find out more about ketamine in the January issue of Health & Wellness Magazine or online at InfusionClincOcala.com.

Dr. Eric Milbrandt is owner of The Infusion Clinic of Ocala, located at 40 SW 1st Ave, Ocala, FL 34471. Dr. Milbrandt is a critical care medicine specialist with over 15 years of experience providing care to the sickest of hospitalized patients, including those with severe depression, anxiety, and PTSD. He is board certified in Critical Care Medicine, completed a fellowship in Quality Improvement and a Master of Public Health at Vanderbilt University. He is a graduate of The Ketamine Academy, a leading provider of comprehensive online training for all major aspects of ketamine therapy. The Infusion Clinic of Ocala provides both Alpha-Stim and low-cost ketamine infusions for the rapid treatment of depression, anxiety, PTSD, and chronic neuropathic pain.

Share
Previous Coronary Artery Disease: putting the pieces together
Next How Caregiver Burnout Affects Your Health