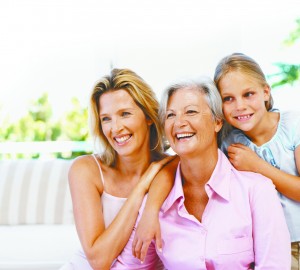 Ovarian cancer is a disease in which malignant or cancerous cells are found in the ovaries. An ovary is one of two small, almond-shaped organs located on each side of the uterus that store eggs or germ cells and produce female hormones estrogen and progesterone.
There are many types of tumors that can start in the ovaries. Some are benign, or noncancerous, and the patient can be cured by surgically removing one ovary or the part of the ovary containing the tumor. Some are malignant or cancerous. The treatment options and the outcome for the patient depend on the type of ovarian cancer and how far it has spread before it is diagnosed.
Prognosis of Ovarian Cancer
In women age 35-74, ovarian cancer is the fifth leading cause of cancer-related deaths. An estimated one woman in 71 will develop ovarian cancer during her lifetime. The American Cancer Society estimates that there will be over 22,000 new cases of ovarian cancer diagnosed this year and that more than 15,000 women will die from ovarian cancer this year.
When one is diagnosed and treated in the earliest stages, the 5-year survival rate is over 90%. Due to ovarian cancer’s non-specific symptoms and lack of early detection tests, only 19% of all cases are found at this early stage. If caught in stage III or higher, the survival rate can be as low as 30.6%. Due to the nature of the disease, each woman diagnosed with ovarian cancer has a different profile and it is impossible to provide a general prognosis.
Symptoms of Ovarian Cancer
Ovarian cancer is difficult to detect, especially, in the early stages. This is partly due to the fact that these two small, almond shaped organs are deep within the abdominal cavity, one on each side of the uterus. These are some of the potential signs and symptoms of ovarian cancer:
• Bloating
• Pelvic or abdominal pain
• Trouble eating or feeling full quickly
• Feeling the need to urinate urgently or often
Other symptoms of ovarian cancer can include:
• Fatigue
• Upset stomach or heartburn
• Back pain
• Pain during sex
• Constipation or menstrual changes
If symptoms persist for more than two weeks, see your physician.
Persistence of Symptoms
When the symptoms are persistent, when they do not resolve with normal interventions (like diet change, exercise, laxatives, rest), it is imperative for a woman to see her doctor. Persistence of symptoms is key. Because these signs and symptoms of ovarian cancer have been described as vague or silent, only around 19% of ovarian cancer is found in the early stages. Symptoms typically occur in advanced stages when tumor growth creates pressure on the bladder and rectum, and fluid begins to form.
Every woman should undergo a regular rectal and vaginal pelvic examination. If an irregularity of the ovary is found, alternatives to evaluation include transvaginal sonography and/or tumor markers. The most common tumor marker is a blood test called the CA-125.
Can Ovarian Cancer be Prevented?
At present, there is no known method to prevent ovarian cancer, but some things appear to reduce a woman’s risk of developing the disease. They include:
• Oral contraception
• Breast feeding and pregnancy
• Tubal ligation
• Hysterectomy
• Prophylactic oophorectomy.
According to the American Cancer Society, eating right, being active, and maintaining a healthy weight are important ways to reduce your risk of cancer as well as other diseases. For the American Cancer Society’s for diet and fitness, please visit www.cancer.org.
Source: www.ovarian.org

Previous THE LATEST IN PAIN RELIEF AND INJURY REPAIR IS FINALLY IN OCALA… PROLOTHERAPY (PRP)
Next Do Trials Shape You Or Break You?