Should You Take Fish Oil Before Surgery? 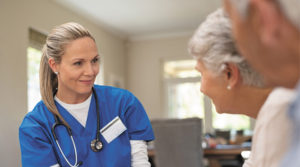 For years, doctors advised patients to stop taking omega-3 supplements before surgery. This was due to the belief that consuming fish oil could increase a patient’s risk of bleeding during an operation.
New studies, however, have extensively documented that taking omega-3 supplements before operations not only appears to be safe, but may even be highly beneficial.
Is Fish Oil Before Surgery Really a Risk?
The efforts to analyze the hypothetical bleeding risk of omega-3s have been ongoing for years. In 2007, researchers reviewed 19 clinical studies involving more than 4,000 surgical patients. These patients took fish oil supplements at doses ranging from 1.6 to 21g of EPA/DHA per day. In the studies analyzed, the patients also took aspirin or heparin — two common blood-thinning drugs.
The review concluded that the risk of problematic bleeding was virtually nonexistent, even when combined with other medications known to increase the risk of bleeding.
Another review from 2008 similarly found that no published studies had reported clinically significant bleeding episodes among patients treated with antiplatelet drugs and fish oil at doses ranging from 3 to 7g per day.
Even Large Amounts of Omega-3s Considered Safe
More recent studies have added to the evidence. One review from 2018 found it safe to consume doses of up to 10g of EPA/DHA per day in the short-term. For context, that would be the same as swallowing almost ¼ cup of Omega Cure® liquid fish oil, or taking 33 regular fish oil capsules daily, which is significantly more omega-3 than any patient needs to take.
Similarly, another 2017 study focused on children, also declared that fish oil therapy surrounding surgery was safe and did not increase the risk of bleeding.
Benefits of Taking Fish Oil Before and After Surgery
In the medical community today, there’s excitement that omega-3 fatty acids may actually reduce the risk complications post-surgery. In addition, studies indicate that omega-3s could potentially improve microbiome health, regulate constipation, ease anxiety, and reduce the need for excessive painkillers – all common concerns for surgical patients.
1. Fewer Post-Surgical Infections
One review analyzed the effects of omega-3 supplementation on pre- and post-surgery colon cancer patients. These types of operations are especially risky due to the high occurrence of postoperative infections. The authors found that omega-3 supplementation was associated with fewer post-surgical infections, as well as a shorter hospital stay.
2. Reduced Risk of Cardiac Complications
In a 2017 review, another group of researchers similarly discovered that omega-3 supplementation reduced the length of hospital stays, as well as the risk of atrial fibrillation.
A 2018 study also investigated how omega-3s impacted cardiac surgery patients. During the week before their scheduled surgeries, more than 1500 patients were randomly assigned to take either a placebo or 6.5 to 8g of EPA/DHA. Starting from the day of their surgery until their release from hospital, the omega-3 group continued to take 1.7g of EPA/DHA.
The results? The team discovered that patients with higher EPA/DHA blood levels actually had a lower risk of bleeding and saw a reduction in the number of blood transfusions.
3. Improved Microbial Health
In recent years, researchers have also started to look at the microbiome’s influence on the immune system. The microbiome — the name used to describe the bacteria that live in and on us — can either support or hurt our health, depending on the composition and types of germs.
During surgery, patients are typically both exposed to new types of bacteria and are also given antibiotics that kill off many existing microbial team-players. Both of these factors can disrupt the microbiome, which is why it is important to help support the good bacteria as best as possible.
Studies show that omega-3 fatty acids improve the ratio of beneficial to harmful bacteria, as well as diminish the ability of harmful bacteria to colonize the intestines. In addition, fish oil also diminishes the amount of pro-inflammatory endotoxins produced by harmful bacteria. All of these benefits can potentially make a big difference for patients’ vulnerable immune systems in a hospital setting.
Support Your Health with Fresh Fish Oil
It’s time to rethink the old approach of stopping to take omega-3 supplements prior to surgery. Nobody tells patients to stop eating fish. And as the research demonstrates, consuming omega-3s from fish oil prior to surgery is similarly safe, unless a person has a bleeding disorder or is on lots of blood thinning medications.
Finally, as the data suggests, getting an effective omega-3 dose can potentially support a patient’s recovery. And that is a good reason for practitioners to re-examine their supplement protocols.
This article was abbreviated from a longer version published on omega3innovations.com. For the full text and references, visit:
https://omega3innovations.com/blog/should-you-stop-taking-fish-oil-supplements-before-surgery-and-other-medical-procedures/
About Anne-Marie Chalmers, MD
Born and raised in the United States, Dr. Chalmers graduated from Brown University and completed her medical training at the University of Oslo in Norway. Dr. Chalmers practiced emergency, family, and preventive medicine in Norway for many years. Today, she serves as the president of Omega3 Innovations.
Call us at 941-485-4400
www.oemga3inovations.com

Share
Previous Check With Your Doctor About Your Need for a Colonoscopy
Next Fighting Illness, Anxiety and Pain with CBD Oil