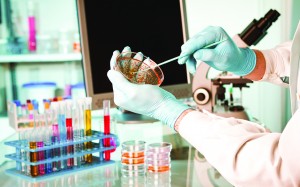 Since 1990, there have been a plethora of medical breakthroughs. According to the Center for Disease Control and Prevention (CDC), heart disease is the leading cause of death in the United States even though death rates for heart disease have dropped by more than 35 percent since 1990. With the progress of cancer treatments, the cancer death rate has dropped about 9 percent. In the same period of time, chronic obstructive pulmonary disease (COPD), however, has risen from the fifth leading cause of death to the third, and its mortality rate has increased by over 30 percent. The American Lung Association states that 11 million Americans suffer from COPD, and of those, an estimated 1.4 million are Floridians.
Unfortunately, there’s no known cure for COPD. Many physicians prescribe bronchodilators to help expand airways and supplemental oxygen to better regulate the diminishing blood-oxygen levels. Although these treatments help manage symptoms, they’re not designed to reverse symptoms and have gone underdeveloped for decades.
Perhaps, funding for lung disease research has been limited by a stigma that patients only have themselves to blame because COPD can be a smoking-related illnesses. Now, people are looking beyond this stigma to find much needed help. Jim D., whose last name is abbreviated for medical privacy, is a patient of a clinic called the Lung Institute (lunginstitute.com) and has been since 2014. Jim believes COPD, “hasn’t seen the news media awareness campaigns needed to stimulate research funding.”
The Lung Institute is a clinic specializing in pulmonary care. The clinic doesn’t just prescribe supplemental oxygen or a variety of medications; they’re conducting treatments using stem cells from the patient’s own body.
Stem cells act as the body’s healing system. The body alerts these cells, and they flow to the area that needs repair. However, it takes time for this process to happen. Stem cells are slow to react, and in the body of someone who is chronically ill, they’re even slower. The physicians at the Lung Institute realized this and developed an procedure to help stem cells do their job more efficiently.
The physicians extract a patient’s own stem cells from blood or bone marrow tissue, separate them and return them intravenously. The cells then travel through the heart and straight to the lungs where they are trapped in what the Lung Institute explains as the pulmonary trap. That’s when the cells should do their job and could help promote healing of the lungs, potentially improving lung function.
Nationwide, the company operates affiliate clinics in Tampa, FL; Nashville, TN; Pittsburgh, PA; Scottsdale, AZ and Dallas, TX. During the past three years, they have treated over 2,000 patients suffering from lung disease. A recent research study produced by the clinic indicated that 82 percent of patients report an increase in quality of life after stem cell treatment, and 60 percent of those who took a pulmonary function test reported an increase in lung function.
For the 1.4 million Floridians with COPD, the mortality ranking of COPD is not as significant as their struggle to breathe and live their lives. After 25 years of the growing rate in COPD diagnosis and little medical advancement, it seems like now there may finally be hope on the horizon with the emergence of clinics like the Lung Institute and stem cell therapy.
If you or a loved one suffer from a chronic lung disease, the specialists at the Lung Institute may be able to help. You can contact the Lung Institute at 800-921-4631 or visit lunginstitute.com/health to find out if you qualify for these new treatments.
Share
Previous Cookbooks to Benefit Cancer Patients in Need Now on Sale
Next Preventing Mosquito Bites