The Pastor, The Widow, and The Doctor 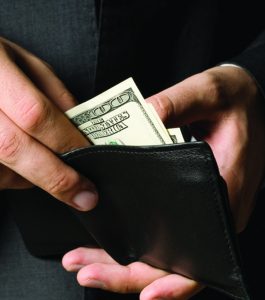 A pastor went to visit a widow. She greeted him with a warm smile. She invited the pastor in and offered him a cup of coffee. As they sat at the kitchen table in her modest home and talked the pastor began to realize how poor the widow was. Not only was the home in need of repair, which included a new roof, but she wore clothes that were very clean and neat, like the inside of her home, but were tattered and in need of replacing.
The pastor was moved with compassion for the widow and felt bad for even drinking her coffee. He began to pray in his heart how he could help the widow.
Under the circumstances, she was surprisingly buoyant. She never complained and had a smile on her face.
Her husband died less than two years earlier. He had been a blue-collar worker all of his life and made very little income. He did not leave any money for retirement nor did he have life insurance.
Out of compassion, he asked how she was doing financially knowing that she was not able to work due to health problems. As a small crease formed on her forehead she paused and looked into her coffee cup and hesitated but with a little more nudging from the pastor she shared her financial situation.
Her only income was a little less than $500 per month from Social Security and she obviously had no savings. In addition to her home needing thousands of dollars in repairs, she owed thousands of dollars in medical bills. Her words began to settle into the pastor’s hearts with an uneasy sick feeling. “How could anybody live on less than $500 per month” was his first thought and the second was, “What could be done about it?” His internal prayer to God was “This has to be fixed, Lord. She must not live like this any longer.”
The pastor thought, “The moment I get in my car I’ll call the church treasurer and immediately have money given to her.” He also decided to leave her with the hundred dollars in twenties he had in his wallet, hoping to leave it in a way that she would find after he left.
As they continued to talk the pastor had a thought that he knew came from the Father in Heaven but he wrestled with the very idea. He decided to obey Holy Spirit and asked the widow a very personal question that could have seemed inappropriate and taken the wrong way under the circumstances. So he asked her permission first to ask the question since it could be a very sensitive issue. She said she trusted that he heard from God and would like to hear the question.
So he asked, ”Do you tithe?”
For a moment she just sat and stared at him. And after gathering herself she looked him in the eye and said, “No. Not really. In the past my husband and I would give a little here and there but we did not honestly give God ten percent of our income. Why do you ask?”
The pastor, who know the real reason God instituted tithing, began to teach the widow. After about thirty minutes had gone by the widow’s eyes lit up and she said, “Do you mean to tell me God uses the tithe as a way of getting the things I need to me and He’s not trying to get something from me?” The pastor smiled and said, “Of course. The truth is God doesn’t really need the money for Himself. Yes, the tithe is used by the church for expenses and to help others, but it so much more than that.”
The pastor could see a glimmer of hope in the widow’s eyes. After they had finished talking the pastor prayed for the widow and as he was leaving quickly put his cash in his empty coffee cup while the widow was looking the other way.
The widow began to tithe that week and over the following months, a young doctor learned of her needs and, after talking with his wife, kind of adopted her. With great joy, the doctor and his wife replaced the widow’s roof, bought her a newer model car, and helped her with many other financial needs. The doctor even reported that his own practice began to experience record growth shortly after he began to help the widow.
I know the pastor in this story very well and it gave me great encouragement to learn of how the Lord had responded to the widow and the young doctor’s faith. With our natural mind, it makes no sense to give when you don’t have enough, but the difference is to whom it is given.
There once was a credit card commercial that had the tagline, “What’s in your wallet?” So my question is, ”What’s in your hand?” And if you put it in God’s hand with a small amount of faith, what could happen?
To your spiritual health,
Alex E. Anderson
Senior Associate Pastor at
Bayside Community Church
Author, Dangerous Prayers
alex.anderson@alexanderson.org
www.dangerous-prayers.com
mybayside.church

Share
Previous Tutoring: The Correlation Between Academic Success and Self-Esteem
Next Lakeside Landings – Is Waiting For You to Experience The Best of the Best.