The Very Greatest: The Final Fight of Muhammed Ali and the Future of Stem Cell Therapy for COPD 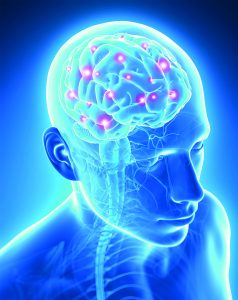 There isn’t much debate when it comes to the legacy of Muhammed Ali. He was, as he often claimed, “the greatest” boxer of his era, winning his first Olympic Gold medal at the age of 18. And, he was a rebel too. As a civil rights vanguard, he blatantly refused the draft leading to his arrest and the stripping of his boxing titles at the age of 24. He would go on to spend five years of his fighting prime behind bars until 1971. And what did he do when he got out?
He fought for ten more years.
Despite showing signs of Parkinson’s disease as early as 1979, he kept fighting until 1981. He wouldn’t be officially diagnosed until 1984.
Parkinson’s is a degenerative cognitive disorder brought about by the progressive loss of dopamine, affecting the brain’s motor skills and causing muscle rigidity, slowness of movement, tremors and problems with gait and posture. Having a dramatic effect on the quality of life of those who live with Parkinson’s, 60,000 Americans are diagnosed with the disease every year. Although currently there is no known cure, stem cell therapy and its ability to replicate needed cells (in this case dopamine cells) have shown great promise in treating Parkinson’s and other quality of life related conditions, such as chronic obstructive pulmonary disease (COPD).
In similarity to Parkinson’s, COPD is a degenerative lung disease that can have a significant effect on quality of life, ultimately inhibiting an individual’s energy, mobility and ability to breathe unobstructed. Across the U.S., COPD is the 3rd leading cause of death, affecting more than 15 million Americans. Fortunately, however, clinics like the Lung Institute (lunginstitute.com) are working on it. As the field of stem cell therapy has continued to advance, our understanding of how the duplication of vital cells within the body can treat disease has increased exponentially.
The key distinction of stem cell therapy compared to other forms of treatment rests in the fact that stem cells emphasize the body’s natural healing process. As these stem cells are pulled from a patient’s blood or bone marrow, they can then be reintroduced into the body intravenously where they come to rest within the lungs, potentially reducing local inflammation, symptom expression and promoting healing from within.
In 1996, Muhammad Ali lit the torch for the Atlanta Olympics. His arm shook throughout the entire procession. He never even tried to hide it. He didn’t care. Ali was a strong advocate for stem cell therapy and its potential to treat his Parkinson’s, but more than anything he believed in leading the path for others by championing his disease. He was a fighter and a consummate showman who never backed down from a challenge.
Diagnosed at the age of 42, he would live nearly half of his life with Parkinson’s, lending his name and wealth to the development of a treatment that would allow those who suffered from the disease a chance to reclaim their lives.
As stem cell therapy continues to develop, it too, has shown the propensity to restore hope to those with few options. It has given inspiration back to those who may have otherwise given up.
Despite his tough talking and raucous nature, Ali held a soft heart for the potential of every individual, once stating:
“He who is not courageous enough to take risks will accomplish nothing in life.”
Regardless of the obstacles that stand before you, keep swinging.
If you or a loved one suffer from a chronic lung disease, the specialists at the Lung Institute may be able to help. You can contact the Lung Institute at 800-921-4631 or visit lunginstitute.com/health to find out if you qualify for these new treatments.
Share
Previous What Exactly Is Omega-3?
Next With Inner Engineering – Reducing Stress Isn't As Hard As You Think