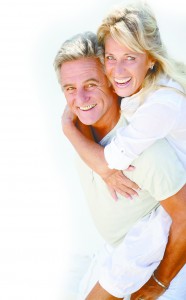 We know all too well that heart disease is the leading cause of death  for all Americans – men and women – claiming the lives of more  than 616,000 annually, according to the most recent data.
“Recognizing and preventing men’s health problems is not just a man’s issue. Because of its impact on wives, mothers, daughters, and sisters, men’s health is truly a family issue.”
Congressman
Bill Richardson
** Credits: CDC.gov/heart and Heartbeat – A Blueprint for Men’s Health.
But fewer people are aware that men are more likely than women to develop the disease earlier and die at younger ages.  Fewer still know that close to 90% of sudden cardiac events occur in men and that for half of the men who die, the first symptom of heart disease is death.
Let’s repeat that. For more than half of the men when die from heart disease, the first symptom is death.
One of the keys to improving the odds is simply awareness; for men to become better informed about managing risk and treating underlying conditions that lead such high death rates. And there’s no better time to start than National Men’s Health Week, June 9-15, 2014, celebrated each year the week leading up to and including Father’s Day.
Think you or a man that you love might be at risk??  Look at the list of statements below, published in Heartbeat – A Blueprint for Men’s Health. If any of them are true about you or your father, brother, son, cousin, husband or even friend, take note.  Just one “Yes” answer means you are at risk. Two “Yes” answers doesn’t just double your risk — it actually quadruples it! Three “Yes” answers, 10 times the risk.
• I’m 45 or older. (your risk of developing cardiovascular disease doubles each decade)
• An immediate family member was diagnosed with high blood pressure or some other kind of heart conditions before age 55.
• I’m African American
• I get little or no exercise
• I’m overweight or obese
• I eat a lot of salty foods and/ or I add to whatever I’m eating
• My cholesterol is high
• I smoke (if you do you are two to four times more likely to develop heart disease than a non-smoker
• I have high blood pressure
• I use recreational drugs, such as marijuana or cocaine
• I drink more than two alcoholic drinks per day
• I’m under a lot of stress, at work and/or at home
• I have diabetes (more than 80 percent of people with diabetes die of some kind of CVD)
• I’m taking prescription medications that affect blood pressure. This included Ritalin (drugs for Attentional Definite Disorder), steroids, migraine medications, any over-the-counter drugs than contain pseudoephedrine, and any medication that contains stimulants such as caffeine.