Is it Safe to Take Fish Oil Before Surgery & Medical Procedures? 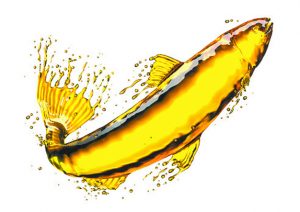 Last week a woman called me and said, “I’m having a colonoscopy, and I was told that I need to get off all blood thinning medication, aspirin and fish oil. What’s the deal?”
These admonishments have been standard protocol before any medical procedure for many years. After all, omega-3 fish oil and cod liver oil have a blood thinning effect – one of the properties that make these oils useful in blood clot prevention.
Because of this effect, it has long been believed that fish oil may cause a person to bleed more easily, especially if consumed at higher doses. However, clinical trials have not found much evidence to support it. And just like the longtime airline industry rule about turning off all electronic equipment during a flight, some researchers and physicians are now questioning whether the precaution is valid.
Bill Harris, one of the leading authorities in omega-3 research, doesn’t think so (1).
In 2007, Harris reviewed 19 clinical studies involving 4387 surgical patients who were taking fish oil supplements in doses ranging from 1.6 g EPA/DHA per day (the equivalent of taking about 4 fish oil capsules or 1.5 teaspoons of a liquid fish oil, like Omega Cure®) to 21g EPA/DHA per day. In 16 out of 19 studies, the patients were also taking aspirin. And in three of the studies, patients were taking heparin, another common blood thinning drug. The review concluded that the risk of problematic bleeding was virtually nonexistent, even when combined with other medications known to increase the risk of bleeding (2).
Another review from 2008 reached the same conclusion. This review stated that no published studies had reported clinically significant bleeding episodes among patients treated with antiplatelet drugs and fish oil at a dose of 3g to 7g per day (2).
A more recent review, published online in March of 2017, agreed again. This review found it safe to consume omega-3 supplements, even at large doses of up to 10g of EPA/DHA per day in the short term (3). To put that dose in perspective, it would be same as swallowing almost ¼ cup of Omega Cure, or taking 30 fish oil capsules daily. That’s significantly more omega-3 than anybody takes on a regular basis.
The Benefits of Fish Oil Before and After Operations
When fish oil supplements are used as clinically indicated, the potential benefits outweigh the theoretical excessive bleeding risks for the vast majority of people. For instance, let’s look at how omega-3 could impact the risk of infections, heart complications, and overall hospital stay — common concerns for patients facing surgery.
One meta review analyzed the data on omega-3 supplementation on patients with colon cancer before and after operation. Colon cancer operations are especially dreaded because of the high risk of postoperative infections. The authors of the meta analysis found that omega-3 supplementation was associated with fewer post-surgical infections, as well as a shorter hospital stay (4).
In another review, the authors looked at how omega-3 supplementation impacted cardiac surgery patients. Here again, the authors found that omega-3 supplementation reduced the length of the hospital stay as well as the risk of atrial fibrillation (5).
Ask Your Doctor
You and your physician should decide whether or not it is necessary for you to stop using fish oil supplements before having a medical procedure or surgery.
As Harold E. Bays, MD, recommended in the American Journal of Cardiology, when it comes to fish oil, “the theoretical increase in bleeding risk” needs to be weighed against the potential benefits of using fish oil (6).
When your doctor gives the go ahead, continue taking your full dose of fresh fish oil every day. As the research above indicates, getting an effective omega-3 dose can help speed up your road to recovery.
References:
1. Harris, W.S. Expert opinion: Omega-3 fatty acids and bleeding—Cause for concern? Report of the National Lipid Association’s Safety Task Force: The Nonstatins. 99.6A (2007): 44C-6C. March 19, 2007.
2. Braun, L. Fish oils and bleeding: ‘Is there a clinically significant risk? BioCeuticals. August 19, 2013.
3. Jeansen,S., Witkamp, R.F., Garthoff, J.A., van Helvoort, A., Calder, P.C. Fish oil LC-PUFAs do not affect blood coagulation parameters and bleeding manifestations: Analysis of 8 clinical studies with selected patient groups on omega-3-enriched medical nutrition. Clinical Nutrition (2017). pii: S0261-5614(17)30118-8.
4. Xie, H., & Chang, Y. Omega-3 polyunsaturated fatty acids in the prevention of postoperative complications in colorectal cancer: a meta-analysis. OncoTargets and Therapy 9 (2016): 7435–7443.
5. Langlois, P.L., Hardy, G., Manzanares, W. Omega-3 polyunsaturated fatty acids in cardiac surgery patients: An updated systematic review and meta-analysis. Clinical Nutrition (2017) Jun; 36(3):737-746.
6. Bays, H.B. Safety considerations with omega-3 fatty acid therapy. The American Journal of Cardiology (www.AJConline.org). Vol 99 (6A) March 19, 2007.
About Anne-Marie Chalmers, MD
Anne-Marie Chalmers, MD, is the co-founder and president of Omega3 Innovations. Born and raised in the United States, Dr. Chalmers graduated from Brown University and completed her medical training at the University of Oslo in Norway. In Norway, Dr. Chalmers practiced emergency, family, and preventive medicine for many years. Her research and development work has included nutraceuticals (especially omega-3) and medical delivery device systems to facilitate ingestion of multiple medication combinations.
Call us 941.485.440
www.omega3innovations.com 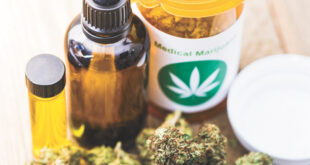