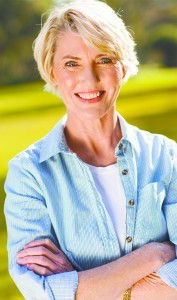 I have been asked this question throughout the past 31 years ever since I started practicing in Florida, having moved here from north of the Arctic Circle.  Aside from the accent, teeth in Sweden are pretty much the same as teeth in America and education to treat patients is quite similar.
One of the key differences however is how Sweden has approached the controversy around mercury fillings, also known as silver or amalgam fillings, to replace decayed areas in a tooth. Sweden recommended against using mercury fillings in 2001, and in 2009 completely banned them.
I have followed studies done in Sweden and in America and I chose more than 20 years ago to become mercury-free in my practice.
My first hands-on experience with mercury, which prompted me to make the decision to practice mercury-free, was a patient in her 30’s who suffered mysterious and undiagnosed weakening of her limbs as time passed, to the point that it had become difficult to walk. Her own research led her to believe that her mercury fillings, placed years before, could possibly be the cause. She asked to have all of her fillings replaced with a composite material and crowns where necessary. Within three months of having the work done, she was walking easily again, with no side effects.
Mercury-free includes not only replacing these fillings, but also how the removal of old fillings is performed as well. I have for many years carefully removed these fillings for my patients with the use of suction techniques and often the isolation of each tooth during the procedure.
However, in June 2013, I got a first-hand lesson and a true awakening from an American dentist I met in Orlando, Dr. Matilda Castellini. Her passion was to protect against the potential side effects of mercury inhalation while removing fillings. Her passion prompted me to take major steps towards better protecting my patients, my team, and myself from the effects of the removal of these mercury fillings.
Dr. Matilida, who passed away from an aneurism on July 1, 2013, was diagnosed with a rare cancer that her doctors linked to mercury toxicity many years ago. Her exposure came, she believed, from her 26 years of placing and removing amalgam fillings. These procedures are still practiced today in an overwhelming number of dental offices in this country.
I have made it my mission, after meeting and working with Dr. Castellini only briefly before she passed, to take a different approach. Our office has invested in the equipment necessary to minimize the risk of removal of these fillings and the side effects to our patients and my team. These steps also include recommendations for foods to eat before and after treatment to help rid the body of the chemical more quickly. Some of the recommended foods are Spirulina, fresh cilantro, eggs, garlic, broccoli, cabbage. Also supplements like Glutathione, Taurine and probiotics. These foods and supplements tend to binds to mercury and help to eliminate it out of the body.
The IQ air system, from Switzerland, is a large suction apparatus, with mercury vapor filters, that is placed over the patient to effectively pull the fumes away from patient and team. In our office we also isolate the tooth with a rubber dam so to minimizes the swallowing of the water containing the potentially harmful chemical vapors as the amalgam is removed. An oxygen mask is also placed on the patient’s nose to minimize the inhalation of potentially toxic fumes.
I encourage all my patients to do their own investigation of the studies and facts behind this hazardous material in the environment and in the body.
Call for a free consultation to find out how your teeth can be restored safely. You can have peace of mind knowing that this procedure is performed in an environment where there is a sincere effort to promote the health and well-being of everyone involved. You do not have to wait to have symptoms of mercury  toxicity to take these steps. Should you have multiple fillings, a clear plan of action over a period of time, and financial options, are available.
Exceptional Dentistry of The Villages, 352-391-9897, TheSwedishDentist. com.